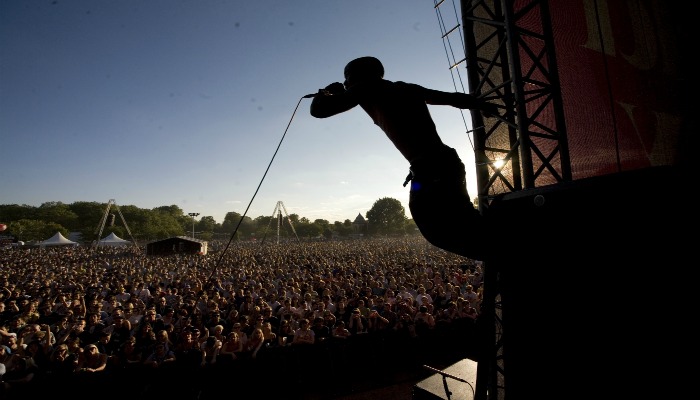 Where?
Victoria Park
Grove Rd, E9
View Map
?When
?How Much 
Where?
Victoria Park
Grove Rd, E9
View Map
When? How Much?

Spacious riffs and fuzzy guitars. Bleeps, blips and pulsating beats.It’s about the floor-quaking, earth-shaking thumping bass lines. And it happens every June, right in the middle of East London. Field Day, now in it’s 9th year and located in Victoria Park, is a veritable who’s-who of the jangly indie, experimental techno and dreamy pop melody scene. On the right summer’s day, and yes it’s coming, the park is transformed into an idyllic little village. This year, favourites include the likes of Jack of hearts of rock ‘n’ roll, Marc DeMarco – and his on-stage antics. The throwback disco fantasy of Northern Europe’s Todd Terje and while we’re in the dance section, the eccentric lo-fi of Django Django, with their crashing piano chords and 50s rock ‘n’ roll inflexions. And lastly, the theatrical, too-hot-to-handle FKA Twigs, whose visual imagery may just rival her lyrics. Here’s hoping there’s acrobatics. For Field Day 2015, expect some of the same riff raff and much much more.