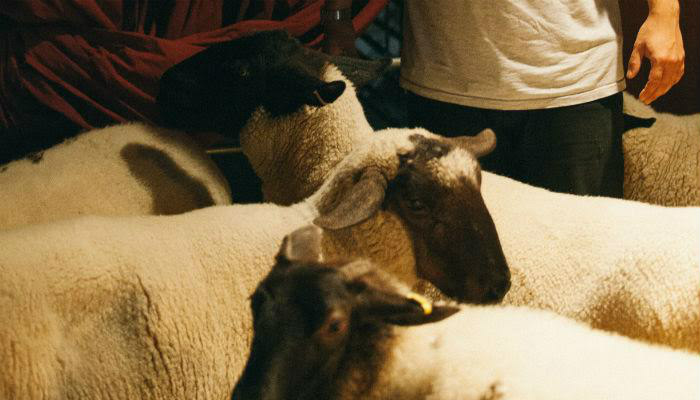 Forget Benedict Cumberbatch’s much hyped run as Hamlet at the Barbican, what Shakespeare needs is fewer celebrities and more sheep. King Lear with Sheep doesn’t star a well-known face off the TV – although their faces may look familiar – the cast is entirely made up of sheep (‘bah’ one human actor). In costume. Sheep in costume. Cue Baa-rd jokes and ordering your interval drinks at the baa-rrr etc. Written and directed by Missouri William, the play’s one human star Alasdair Saksena plays a director trying to bring order to his mutinous and unresponsive cast (the sheep). Like Lear, Saksena feels betrayed by his unbendable cast and goes mad, expressing his increasing insanity in Shakespeare’s famous verse. Doesn’t sound too baaa-d at all.