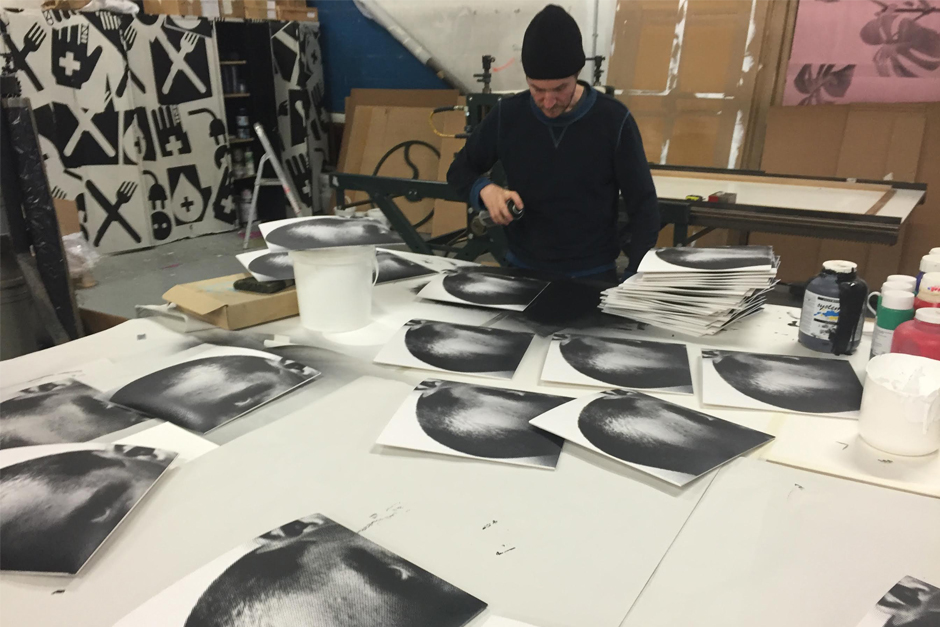 You think you’ve had a busy week? Try being 3D from Massive Attack. Not only is he playing three nights at Brixton Academy, he’s also opened an exhibition at the South Bank’s Lazarides Editions gallery. The show marks the release of a hand-finished, limited special edition EP, presented alongside a new boxset of limited edition prints and a selection of works by the artist that document the visual history of the cult band.

Does this art show take your mind off the Brixton shows?
It does yeah, but they’re all connected and everything is a work in progress at the moment, because the EP is slightly experimental as it’s not a conventional way for us to release music. We don’t know if we’re going to put an LP out, we’re going to put a series of lists out and see what combined feeling that creates when we get to the end of the year. It’s such a changing industry, it’s very hard to work out how you feel about it. In the old days when you were releasing music there was a sensation of a presence building and now everything changes minute by minute.

Even the tour’s changed – you were planning smaller venues weren’t you?
It’s a classic dilemma, we’ve got this stage show, which I worked on for the last six months and is a big, big project. The light show is probably more complex than the audio show. It takes a lot of time and, of course, a lot of space so jamming it into small clubs and theatres is completely counter-intuitive. I was going to places and realising you can’t actually see the visuals from the balconies or right or left hand sides.

Are the visuals always evolving?
The modules we use have to be updatable. My goal at the moment is to make the stage show more AI. We’re using a few things at the moment including something we call a ‘Jibberiser’, which takes headlines from all the newspapers in Europe and then makes almost anagrammatic nonsense out of them like ‘Rihanna in EU Tax Row’ and ‘Google in Three-In-Bed Romp with George Osbourne’ so you can get the idea of repetition and sensationalism in the media.

Have you ever been creating new Massive Attack artwork and an old Massive Attack song has come on the radio? That would be annoying.
That would be really annoying, that would be like when you go on your Instagram feed and get a dialogue of ‘Hey when are you going to make some new music?” and then after the first gig “When are you going to play the old songs?” For fucks sake, see you later! That’s never happened actually… probably because thinking about it, I don’t listen to the radio when I’m doing that!