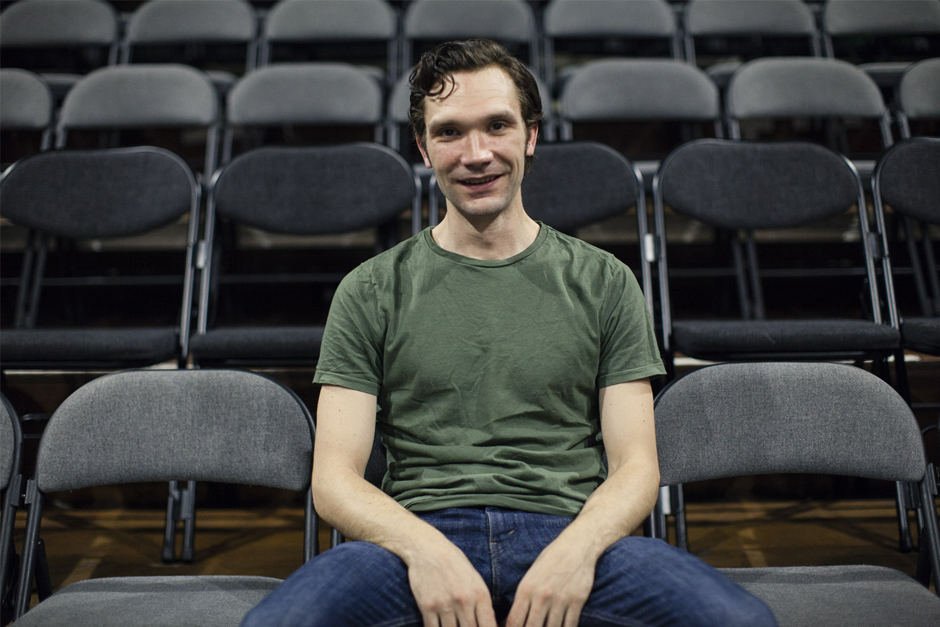 Actor Alex Walton is appearing in the one-man show, From Ibiza To The Norfolk Broads, which traces an 18-year-old’s route through Bowie’s London at the Waterloo East Theatre. It opens on 18th October and we thought we’d put him off learning his lines for a bit and ask him all about it.

How difficult is it to prepare for a one man show?
It was easier than expected to be honest. I panicked a bit when I saw the amount of lines I had to learn, but breaking it down into sections really helped, and we took the same approach in rehearsals. Pages 1-6, 7-12, 13-19 and so on. Also playing six different characters (including my own mother) meant I could work on each at one time, try to nail each one independently, and then put them all together and thankfully they gelled. Plus there’s also the added bonus, that if anything doesn’t quite go according to plan, I’m the only one that will know…in theory!

The show’s called From Ibiza to the Norfolk Broads… although it’s a lyric did you do that journey in a fit of method madness?
Unfortunately the R&D budget couldn’t stretch to send me to Ibiza for a fortnight, (as much as I insisted it would purely be for research purposes). But the journey Martin, the main protagonist, goes through takes him on a trip through ‘Bowie’s London’, so Ibiza would have been redundant. I did spend a lot of time doing his journey, though. Brixton, Soho, Fitzrovia. I grew up in London, so I know it very well, but was an eye opener to see all the musically historic places where it all began. It was thrilling even for someone who knows London very well already. I did however go to the Norfolk Broads during preparation, but couldn’t find much in the way of Bowie history there.

What’s the show all about?
The play follows Martin on his 18th Birthday, when he is given a letter from his dad, who left when Martin was two with no word, and a map of London. Martin follows this map through Bowie’s London, seeing the places that were pivotal in the superstar’s career. Martin is a vulnerable boy and this is the biggest and boldest journey he has ever taken, and the people he meets and the things he does both inspire and frighten him. The ending will remain a mystery until you see it.

The show features Rob Newman’s voice – did you get to meet him at all or is he just some booming deity?
The legend that is Rob Newman. I have had the privilege of meeting him some years ago. But unfortunately when the voices were recorded I was working on a film at the time, so couldn’t be at the session. Which is a double-edged sword… on one hand I missed rekindling our relationship, but on the other every time I hear his Bowie rendition, some of the magic still comes through and I convince myself it’s Bowie himself – he’s that accurate! I genuinely forget it’s Rob sometimes! Hopefully we’ll catch up at the show.

How did you get into acting, Alex?
I think my first ever performance was at a friend’s 13th birthday, I was about 11. And I decided it would be really good idea that, during a nice quiet, civilised dinner, I would to get up on the stage, and start singing Michael Jackson’s ‘Bad’ at the top of my voice. I was adamant everyone would love it! It was in that moment I realised two things. 1) I couldn’t sing 2) I needed to perform for the rest of my life… I genuinely couldn’t imagine doing anything else!