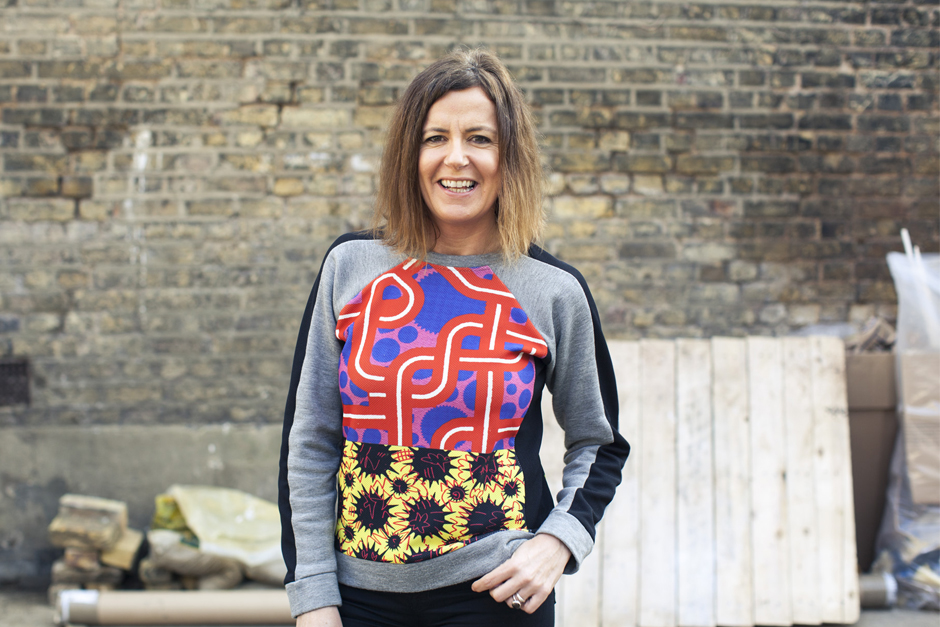 Alison Fielding is Head of Creative at Beggars Group – the largest and most influential independent group of record labels in Europe. She’s going to be guest speaker at the always interesting (and free) Cover Club at the Ace Hotel tonight, talking about her work and the influence of album cover art has.

What does Head of Creative at Beggars entail? It sounds like a lot of meetings… but a lot of fun.
I am involved in the creative side of campaigns for artists both in the UK and the States. I’ll be at the computer most of the day but I could be cutting up pieces of cardboard, distorting painted images or out art directing a photoshoot at the seaside or in the desert. That’s the fun bit. For me it’s really important to keep feeding your brain and I have a great creative team, all with different skills and help to keep things fresh. With such a big rosta of bands we manage to keep most of the design in-house. My role includes overseeing design and art direction, brand creation and photography/illustration. There are a lot of meetings – be it with bands, managers, project managers, marketing and production. It’s not all bad – the meeting room table is a ping-pong table and the meetings are often very informal – and we somehow still manage to get things done!

How did you get into that world?
I went to Goldsmiths and my first proper job was as a paint and trace artist for a company that did The Snowman animation. I then went to work for a design co-op in Dalston where I learnt my craft on a very small Mac. I was on the tube and saw an advert in the Evening Standard to be a junior designer for a record company in South London. I thought it sounded quite cool, and rang them up – it was Beggars Banquet and Bauhaus had been one of my favourite bands. The interview took place in the old man’s pub opposite. After a few beers and showing them some pretty shoddy work I was offered the job. On my first day I was told to go and help with a photoshoot with Anton Corbijn shooting Peter Murphy. Not a bad first day… I’ve been here ever since.

Are album covers as important now with people accessing music in so many varied ways?
After the music, I still like to see the album cover as the centrepiece of the creative campaign. With a huge melting pot of different platforms to either access the music or its visual elements it’s important that it’s coherent. So I suppose what I’m saying is that we start with the focal visual point – the sleeve – and everything else is an extension of that, be it the website, a pre-roll, YouTube channel and advertising/marketing. Also we usually talk about how aspects of the whole campaign will work at the outset with artists and managers.

Have you ever had to gently talk an artist down from a ridiculous idea to something that you know will work. I guess there’s a bit of tact involved in your work…
More than you’ll ever know. Some artists have very strong ideas about how they want the sleeve to look; a particular illustrator or photographer they want to use, perhaps the drummer’s girlfriend’s illustration or one of them has often been to art college! Sometimes those choices are not always the best and part of the process is being quite, well, very, diplomatic.

Check out Alison’s work here and catch her at Cover Club tonight.