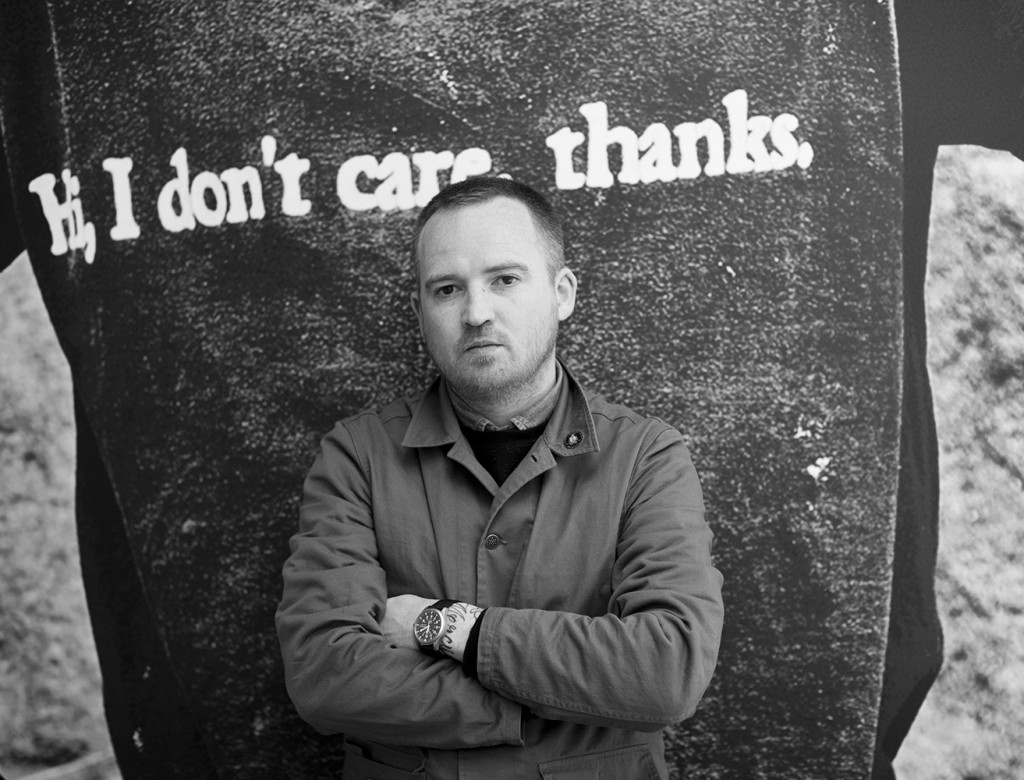 Andy Capper is Global Editor of Vice Magazine. He also directed the extremely good documentary Reincarnated – a candid journey following Snoop Dogg’s transition to Snoop Lion, his visit to Jamaica to record his reggae album and his time spent with the island’s Rastafarian community. Josh Jones got on a crackly phone line with him to chat about the project.

Could you imagine when you started with Vice over 10 years that you’d be directing a film about Snoop Dogg’s life story/reincarnation in Jamaica?
[laughing] I didn’t plan it. It was a very bizarre project, but it was a lot of fun to make, and I’m glad that it happened. But yeah, it was definitely a curve ball.
.
What most surprised you about Snoop’s life?
Ummm, I was surprised when he talked about when he was involved in the whole pimp operation – I didn’t realise he had that going on, that was kind of a surprise. Also how tall he is, is surprising. His weed is the strongest weed ever, that’s kind of surprising when you smoke it and you can’t talk for four hours. There were a few things.

How much weed was smoked?
A lot. More than anyone I’ve ever seen in my life. It’s not for show at all. Everything you see in it is real. Everything that happened was definitely for real.

When he started opening up about Death Row Records, Tupac, Nate Dogg’s death and stuff, were you surprised he was so candid revealing new things about that whole period?
Yes that was the interview we’d done about two months after we’d come back [from Jamaica], I think. I’d shown him a bunch of stuff, like the Nate Dogg funeral and how I wanted to treat the film so it wasn’t just a Cheech And Chong movie. He was willing to quite deep into that [period]. I guess we went into that room that day wanting to know the answers to these questions [in the film]. I feel that there’s a world more of stuff that’s still to come out – hopefully we’ll do that in another movie maybe.

What’s with his collection of premier league football shirts he wears in the film? Is he mad into football?
He’s mad into being sponsored by Adidas.

Would you like to win an award with this one, or are you not too bothered about awards?
Awards would be great, yeah. I know some people are weirded out by it, some people don’t get it, some people love it. The whole project was divisive – people either love it or hate it. If you like Snoop you’ll love it, if you don’t know much about hip-hop culture or Snoop then those kind of people won’t like it. It came out to be a controversial film I think.

Do you prefer making documentaries or music videos?
Documentaries – music videos are just a side project. They’re fun to make, but I find that all the palaver that goes with them is always a bit much, for something that’s just a two minute thing.

What are you most proud of with Vice?
I think the Swansea Love Story was really strong. And the Vice Guide to Liberia was pretty strong. I love Reincarnated and we’ve just made a new film about the internet cat, Li’l Bub – Li’l Bub and Friends, which I’m really proud of and is going to be shown at Tribeca Film Festival. And the Krokodil one really blew up and was massive. That was the opposite experience to making Reincarnated. It was a really tough shoot and I think that reflected in the movie in the same way the fun we had on Reincarnated reflected in the movie.

Have there been points when you’ve been somewhere for Vice and gone ‘The fuck am I doing here?!’
Mandingo was definitely one where I felt like that a lot. The Mandingo Club stuff. That was very weird.

Do you think other news agencies feel Vice as a threat yet?
I’m not sure. I don’t know about threatened, there are tons of people out there making great stuff all the time. We get a bit closer to news outlets I guess, but now everyone’s got a camera phone and internet now. The Libya and Syria guys were the people who were getting really, really close. And I guess the Robert King interview was pretty close and crazy. But it’s good to get close, right?

At the end you’re credited with the nickname Li’l Head – who gave that to you?
Snoop gave it to me. He didn’t even want me to use my real name, but we were like, ‘no we’re doing that.’ He gives everyone nicknames.

What’s next then? Li’l Bub & Friendz film?
Yeah the trailer for that has just come out recently. It’s about the internet cat – it’s kind of different to anything I’ve done before with sets and cats in space and crazy cat people, it’s funny and has an emotional ending.