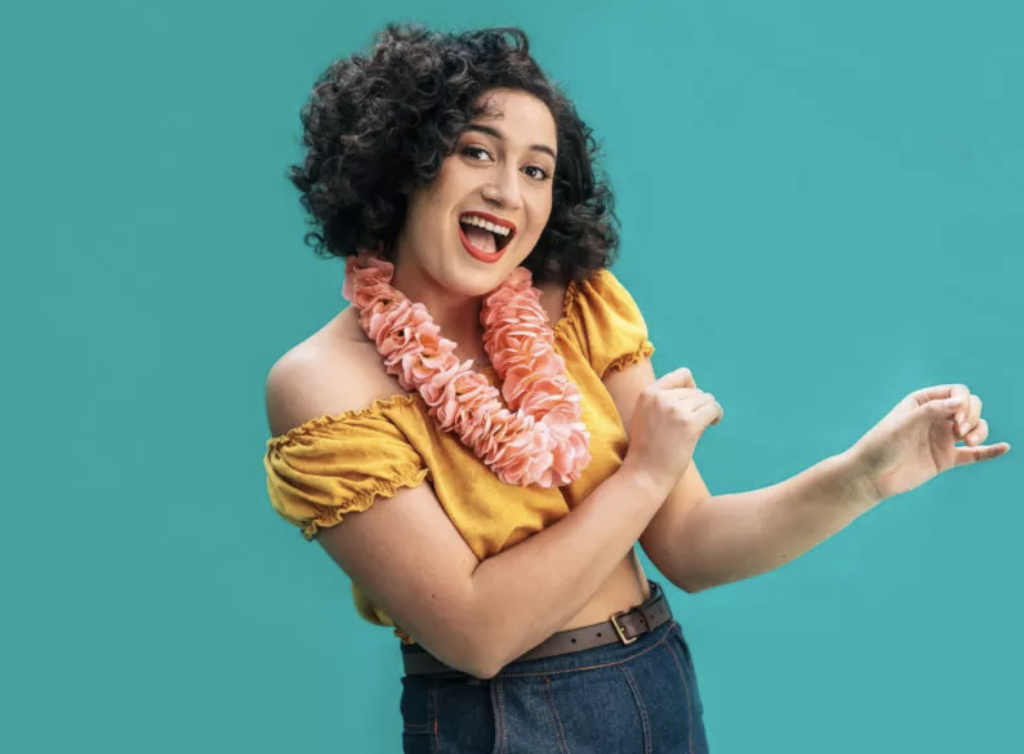 Didn’t make it to the Edinburgh Fringe this year? The bad news is you missed an absolute belter of a festival, but all is not lost because once again the Soho Theatre has stepped in to save the day.

Between now and early 2019 you can catch the most highly acclaimed Edinburgh shows right here in London, including Rose Matafeo’s ‘Horndog’, which won this year’s Edinburgh Comedy Award for best show, off-broadway smash ‘Underground Railroad Game’ and much more.

Here are just a few of our faves from the fest, all available to book now.

Described recently as the ‘voice of millennials’, New Zealand comic Rose Matafeo has been doing stand-up since her teens, but her 2018 show ‘Horndog’ is her biggest success to date, earning her one of the most coveted prizes in comedy. It was named best show at the fringe by the Edinburgh Comedy Award, earning her a place alongside the likes of Steve Coogan, Daniel Kitson and other heavyweights.

A lot of what’s great about the show is in the rapid-fire delivery, but to give you a flavour of what to expect, there’s a whole lot of love, sex, sexism, Word Art, mid-twenties angst, Franz Ferdinand fandom and tales of growing up in the infancy of the internet. Many of us queued up more than once to gain entry to Ahir Shah’s 2018 show Duffer during the fringe, and the wait (and rain-sodden clothing) was honestly worth it, not least because Shah himself was not too proud to personally deliver the bad news to those who didn’t make it into the venue.

Shah made his name as a political comic with his breakthrough show ‘Control’ at last year’s fringe, but has decided to explore family relationships in ‘Duffer’. The result is an eloquent and emotionally charged show about life, death and Bohemian Rhapsody (a theme he commits to fully) that is both hilarious and heartwarming. Garry Starr is an ac-tor of great scope. He sincerely wants to show you everything in his extensive thespian repertoire, and he really does mean everything. Cast out of the RSC over ‘artistic differences’ but curiously unwilling to remove his ruff, the exiled Starr has taken it upon himself to embody and perform all artistic genres, with the humble aim of single-handedly saving theatre from its inevitable, crashing demise.

This hilariously chaotic and fast-paced ‘masterclass’ is directed by Cal McCrystal, whose credits include The Mighty Boosh and Cirque du Soleil. Damian Warren-Smith as Starr has a truly infectious energy and has won fringe awards for this performance in Brighton, Manchester and Adelaide. A lot has been said of Britain’s impending departure from the European Union, but plenty will admit to being far less up-to-speed on how and why we joined the EU in the first place. Kieran Hodgson – perhaps the epitome of an old soul in a young body – wanted to do something about our collective blind spot on the UK’s tumultuous affair with ‘the continent’, and the result is this exceptionally informative and well-executed show.

A character comic with an uncanny ability to transform into the likes of Ted Heath and Harold Wilson, Hodgson somehow succeeds in making the least glamorous bits of 1970s politics edge-of-seat interesting and fantastically funny. The caricatures and historical bits are interspersed with an unfolding, Brexit-induced family drama, so there’s plenty here for those who don’t remember the ‘70s to relate to. You might know Jessie Cave for her distinctive marker-pen doodles, and if you’re a fan, you’ll find that her latest solo show ‘Sunrise’ conveys exactly the sort of acerbic yet good-natured observations on life and love that we’ve come to enjoy in her illustrations.

The show takes the concept of overshare to another level, following the twists and turns of Cave’s complicated lovelife and recent break-up with the father of her two young children. In the hands of a lesser performer, this could easily have descended into self-pity, but part of what’s so remarkable about this show is how firmly it stays out of this territory. Yes, the title is of course a reference to one of Terminator 2’s bleakest lines, and in keeping with this theme, It’s in your nature to destroy yourselves takes on the cheery subject of the end of the world and how imminent a prospect it might be (naturally, there’s quite a bit of political material in there).

The show was still being billed as a work-in-progress during the Edinburgh season, but is now ready for prime time and we can’t wait to see what this consistently strong performer is about to unleash. Jordan Brooks has one of the weirdest and most genre-defying styles of anyone at the fringe, and what he brought us this year with ‘Bleed’ was something akin to comedy bordering on physical theatre. The show is running for a two-week stint in Soho from October, and having sold out for most of its Edinburgh run, it sure to be a hot ticket

This is another show that has a break-up at its heart, but that almost aggressively avoids every known cliche about break-ups. Instead, it all goes a bit meta, blurring the lines between performance and reality (his former girlfriend finished with him for his portrayal of her in a show) and taking the audience on a surreal and at times disturbing journey into Brooks’ mind. As the daughter of a former Russian deputy PM who once served under Boris Yeltsin, Olga Koch is not short of material. Her unlikely origin story is the theme running through Fight; a one-woman show that provides a fascinating and hilarious glimpse into what it was like to grow up in the period right after the collapse of Soviet Russia.

Highlights of the show include footage of the first TV ads that made their way to Russian screens in the 1990s, and there’s a real-life spy drama at the heart of the show that will keep you wanting more. Underground Railroad Game left audiences stunned during its run at the Traverse in Edinburgh, earning a near-impossible five-star review from The Stage. Also named by the New York Times as one of the 25 best American plays in 25 years, it’s sure to be a hot ticket at the Soho.

Casting the audience as a class of school kids being taught about the history of the American civil war and slavery, this phenomenal two-hander starring Jennifer Kidwell and Scott R Sheppard, takes us to some brave and deeply uncomfortable places as it explores the lingering legacy of America’s past.