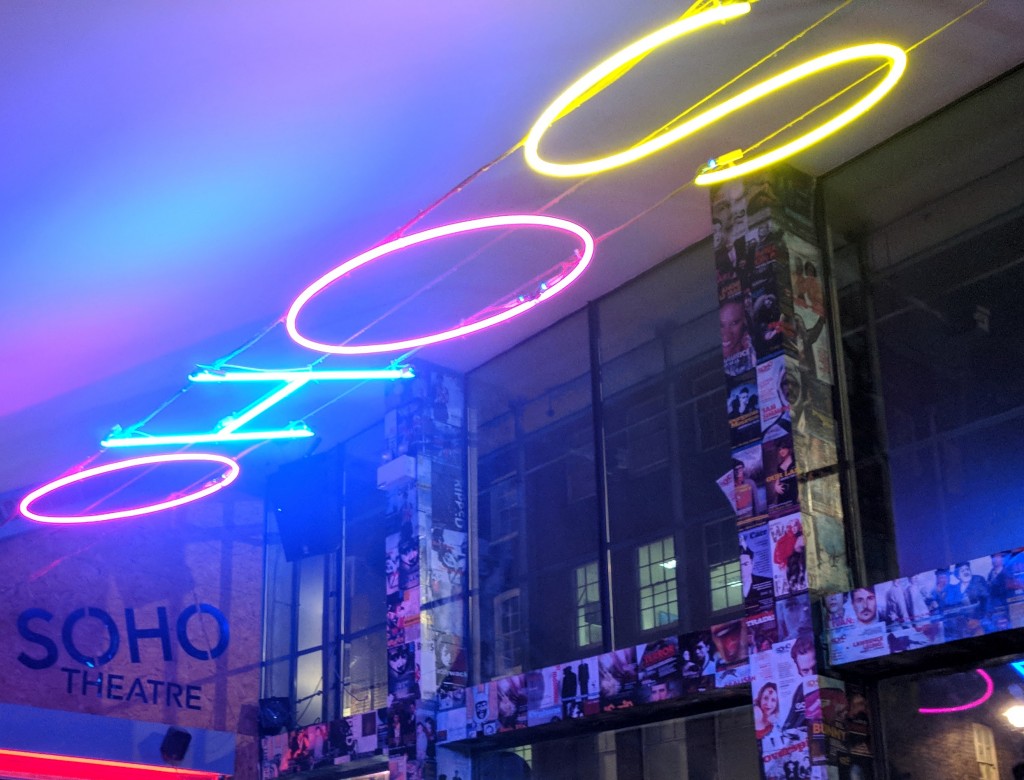 Stand-up comics and other Edinburgh Fringe performers have only a few weeks left to polish their punchlines ahead of the month-long festival starting on 1st August, and whether or not you’ll be heading North for the main event, we’re uniquely placed in London to get a flavour of the fringe (often free of charge) before anyone else.

Here are a few of the best Edinburgh warm-up venues across London with previews running between now and August. Remember, by attending one of these events you’ll be getting the un-cut experience, and your laughter – or lack thereof – will shape what makes it into the finished act. Hen & Chickens
The ‘Hen and Chicks’ theatre pub is a great place to catch a show at any time of year, with its eclectic programme of off-West End theatre and comedy. Most stand-up legends have done a turn here, so it’s always worth keeping an eye on upcoming events if you enjoy a pint (or a glass of Picpoul, this is Islington after all) and a laugh of an evening. The historic bar area is adjacent to the stage.

Comics warming up their act so far this year have included Joe Sutherland, Zach & Viggo, Nick Elleray, Sara Barron and more. For those who can’t make Edinburgh itself, the lols continue into August at the Hen & Chickens, when it plays host to several comedy gigs in the Camden Fringe.

Bear Funny Comedy at the Finsbury Pub
Bear Funny Comedy has been quietly presenting some of the biggest names in comedy free of charge for years at North London hangout The Finsbury. With appearances from established and rising stars alike, this unassuming spot frequently surprises with its line-up and last minute additions. Local legends including Bridget Christie have been known to make an appearance here, and this year you can catch a host of big-name acts such as Phil Nichol, Ed Gamble, all of whom are booked for upcoming ‘work in progress’ shows on Wednesdays.

Get in early and take advantage of the pizza deal – for just £7.95 you can enjoy a pizza cooked on the premises and reserve your seat at the venue. Battersea Arts Centre
The BAC is a great spot to catch some fresh comedy in the run-up to Edinburgh, and has one of the most packed July stand-up schedules we’ve seen for 2018. This year’s line-up includes Nish Kumar, Robin Ince, Adam Riches, Felicity Ward and Mae Martin.

This historic venue has risen from the ashes of the 2015 fire that almost destroyed it, and is now back to its former splendour. Don’t forget to keep your eyes peeled for the talent as you hit the bar, where you may be able to enjoy a drink with your comedy heroes and maybe even offer some instant feedback!

The Top Secret Comedy Club
Now in a new and improved Drury Lane venue, the Top Secret Comedy Club is playing host to some big comedy names ahead of Edinburgh 2018 including Brendan Burns, Patrick Monahan, Rhys James, Nico Yearwood, Maisie Adam and more. There are shows here pretty much every night of the week, with tickets priced at around the £12 mark, so not too bad for a Central London venue. Late shows are held here every Friday.

In keeping with its name, the club can be tricky to find, so for those who appreciate landmark navigation, they’re tucked between the Travel Lodge on Drury Lane and the London Theatre.

Soho Theatre
You can’t beat the Soho Theatre for cutting edge comedy and live performances of all types – in fact, it’s probably the closest thing Londoners get to an all-year round Edinburgh. But at this time of year the venue is very much gearing up for the main event with some festival faves in the house, including Andy Zaltzman, Jessie Cave, Reginald D Hunter, Ahir Shah and more.

You can also buy tickets to upcoming Edinburgh fringe events at the venue or on their website.

Pleasance London
Another of Edinburgh’s Southernmost outposts, the Pleasance is an incubator for developing shows. The July 2018 programme is awash with works-in-progress, showcasing some of the biggest acts that audiences will be queueing up in the courtyard to see in just a few weeks’ time.