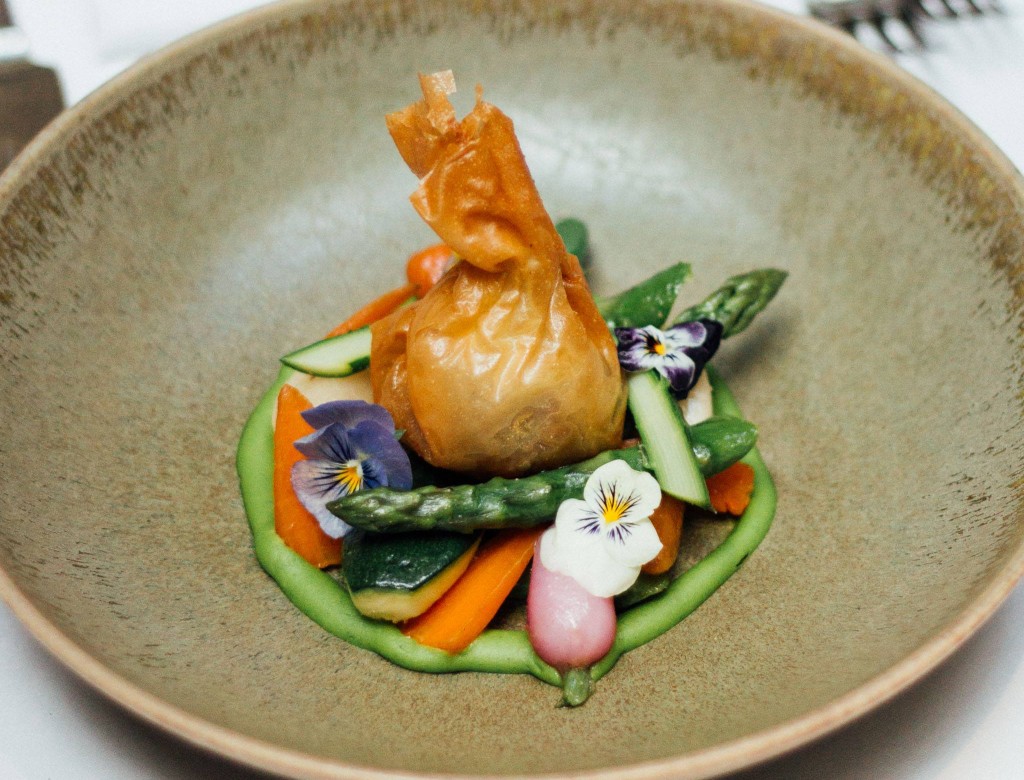 Looking for a vegan or vegetarian tasting menu in London?

Cleanse your palate of any preconceptions about plant-based food, and take a look at our list of the most exquisite experiences for those who like their vegetables flavoursome and fancy. From Michelin-starred masters of haute cuisine to the freshest talents on the chef circuit, there are inventive, multi-course, meat-free menus popping up in many of London’s finest restaurants. Here are a few of our favourites.

This long-standing Covent Garden spot has been voted the world’s most romantic restaurant and was one of the earlier adopters of the vegetarian tasting menu. So if you’re looking to spoil a veggie or vegan Valentine, or just want to impress your plant-based partner, Clos Maggiore is a dream ticket.

The vegetarian tasting menu at Clos Maggiore is priced at £65 per head, and features smoked burrata from Puglia, hand-rolled pasta with grated fresh truffles, and a vegetable casserole with smoked soya cheese. Wine pairing can be added for an extra £40; be sure to request a table in the conservatory it you want to make the experience super special. Multi-award winning French Chef Alexis Gauthier is a rarity among his peers, having himself gone vegan in 2016. His eight course ‘Les Plantes’ vegan tasting menu is therefore an intensely personal project, and his passion for plant-based food is alive in every mouthful. With seasonal dishes that have included watermelon sashimi, rainbow open ravioli and fennel kimchi, this is no ordinary meat free feast.

The restaurant occupies three floors in a beautifully maintained Regency townhouse, with small dining rooms and attentive service from a team of waiting staff whose obvious pride in their work is infectious. If you’re pushing the boat out, sommeliers are on hand with wines to match each course in the extensive Modern French menu.

One of the more recent additions to London’s vegetarian and vegan dining scene, Marcus Wareing’s Tredwells serves up stunning modern British cuisine in the heart of the West End. A stand-out piece at the restaurant is its plant-based tasting menu, devised by Chef Patron Chantelle Nicholson. Designed to showcase the extraordinary flavours and combinations plant-based food can offer, it’s a seasonal, five course menu with the option of matching certified vegan wines with each dish.

At just £35, the Tredwells’ vegan tasting menu is one of the more affordable options currently available in the capital, and with a mere five courses to work your way through, is also a good choice if you’re planning to catch a show afterwards in one of the nearby theatres.

For a true vegetarian voyage of discovery, clear your diary, activate ‘nil by mouth’ and make a reservation at Galvin La Chapelle. The East London branch of the Galvin brothers’ culinary empire offers one of London’s most memorable dining experiences, and you’ll get to enjoy your seven-course feast in a grade II listed 19th Century chapel with vaulted Gothic-style ceilings and elegant decor.

The vegetarian and vegan Gourmand menus feel like a natural extension of the polished, classical French style that earned La Chapelle it is 2011 Michelin star, and each dish is beautifully presented. Be sure to leave room for dessert, as the apple tarte tatin is to die for. La Chapelle also has an exceptional cellar (we’re still talking about the sparkling red Brachetto d’Acqui), so if you appreciate your wines it’s worth writing off the rest of the day and getting in on the sommelier action while you’re here.

Marcus Eaves’ Pied a Terre was an early adopter on the vegetarian and vegan fine dining scene after it opened to diners in the early 90s, and its seven-course tasting menus are still delighting its non-carnivorous customers today. The intimate, Michelin-starred restaurant sources ingredients from small, independent suppliers, and its dishes ooze quality.

Highlights of the tasting menu include girolle mushrooms en papillote of banana leaves, stuffed courgette flowers with samphire and some mouthwatering desserts. There is an optional ‘wine flight’ with each course, with a range of options starting at £62 per head. 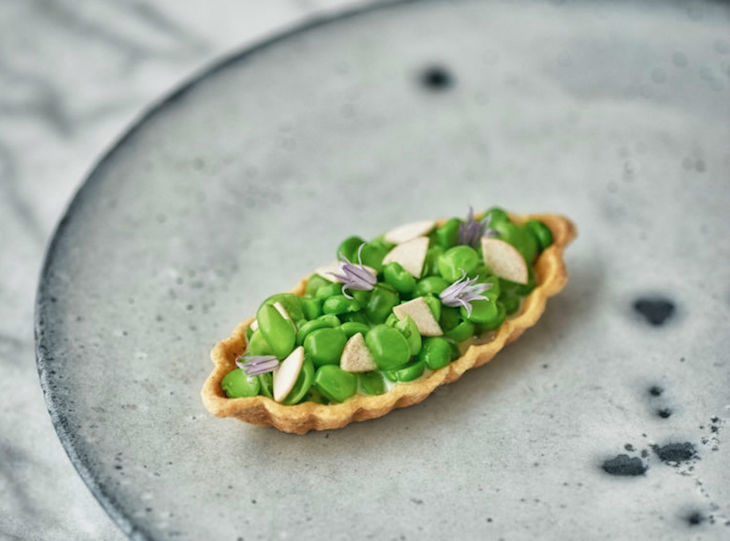 If you’re looking for a one-off fine dining experience in one of London’s top rated restaurants, the two-Michelin-star Ledbury in Notting Hill is hard to beat, and its radical, eight course vegetarian tasting menu is the stuff of dreams. There’s an element of theatre to the cooking here, and each course will be screaming to get on your Instagram grid.

Head Chef Brett Graham has put together a range of bold and unusual flavour combinations, including warm pheasant’s egg, celeriac, arbois and black truffle, opening up his unique signature style of French techniques with an Asian slant to the adventurous, non meat-eaters among us.