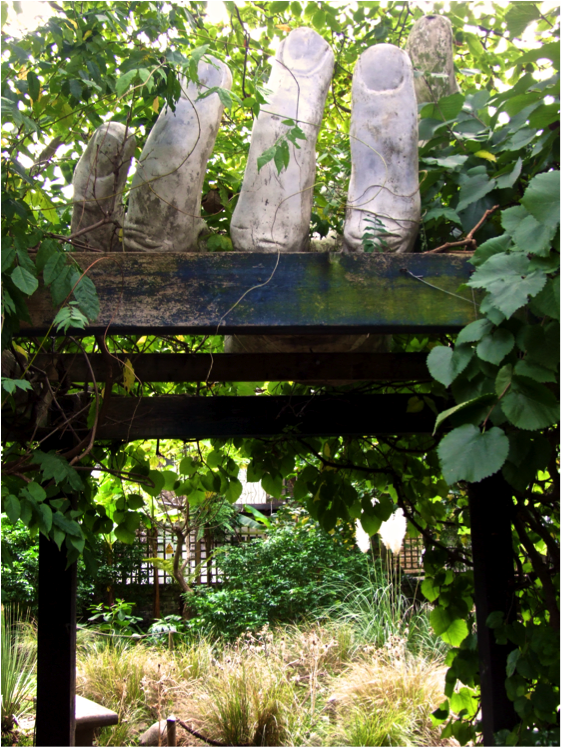 Bonnington Square lies just behind one of the most feared intersections in the City. I had the pleasure of learning to drive in the lane-less scramble that is Vauxhall Cross. It wasn’t fun. Vauxhall is also one of the busiest public transportation hubs in the city, and to most, represents nothing more than an interchange in their daily commute. In fact, Vauxhall is one of the most historically fascinating areas south of the river.

Bonnington Square itself was cleared and primed for demolition as recently as the 1980s only for a group of ballsy squatters to set up camp. They never left. The upshot is a bohemian oasis of flora and brick right in the heart of Boris’ future City of glass. What’s more, the Bonnington Square Housing co-op started buying back the property from Lambeth Council in 1998 and now they can’t get the pesky buggers to leave.

The pleasure garden at the heart of the square and the two adjoining cafes provide one of the most disarming and tranquil spots in the city. The dual squares of Bonnington and Vauxhall Grove block out the deafening sound of Vauxhall Cross almost entirely leaving you free to sit back and marvel at the power of civil disobedience.