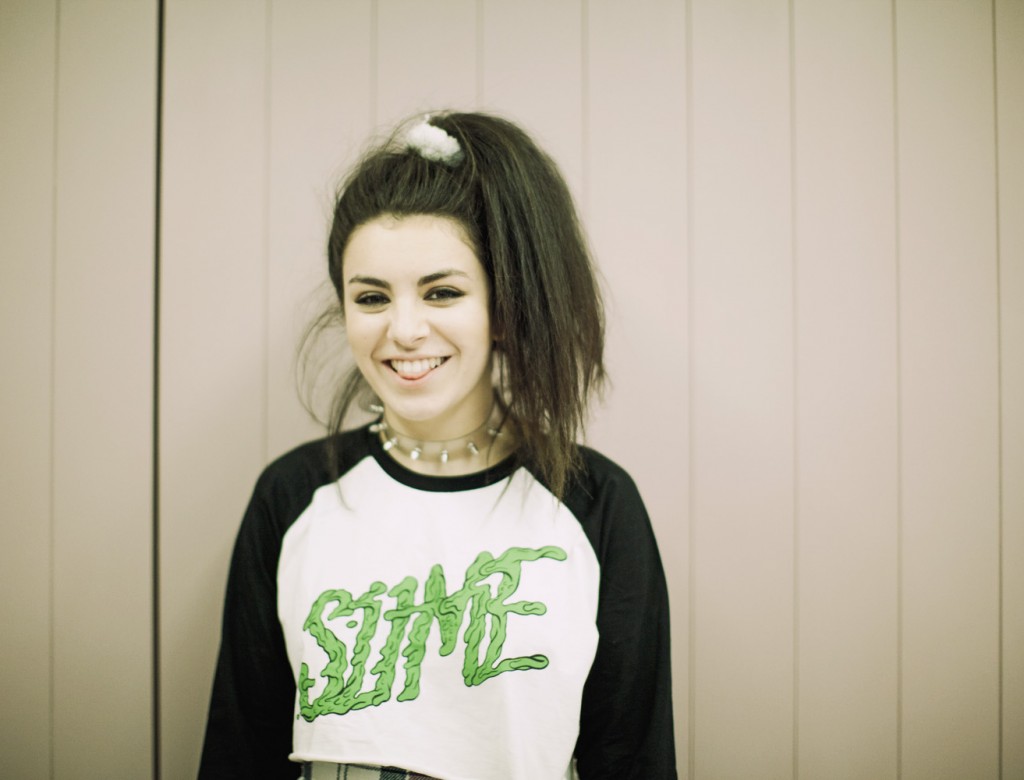 Charli XCX is the electro-goth chanteuse who’s going to be all over our ears this year. She set the pop world alight when she wrote Icona Pop’s outrageously addictive pop smash ‘I Love It‘, she’s already charmed the American world and just before this festival season, her debut album ‘True Romance’ will be released and we’ll dance about to it. Josh Jones asked her some questions.

Hey Charli, how’s it going? I met you and your fella at your table at the NME Awards with my friend Clayton. We were pretty drunk but you were very nice to us. How was your night?
Yeah, same as you. We partied pretty hard. I was so jetlagged as well. I’d just got of the plane from L.A. and had been in an all night session the day before so I was kinda tired, but I had fun.

You wrote, and collaborated with, Icona Pop’s insanely catchy number ‘I Love It’. Was it a hard decision to share it with other artists when it’s so obviously going to be mega successful?
Umm, with that song in particular not at all. My album doesn’t sound anything like that song, and I don’t make music like that for my own project, so I know I could never have done the song justice. That’s why I let Icona Pop have it. I knew they would smash it and turn it into a hit, because it was so right for them. I love writing for other people, it’s so refreshing… and I’ve got my record done and I’m so proud of it, so I don’t really mind having to give hits away right now.

Please, please can you tell me you’re not really talking about throwing an actual shit into a bag and pushing it down the stairs are you?
Ummm… I guess you can interpret it however you want – but I meant the other person’s belongings!

I just wanted to know that really – you must be a bit bored of being asked about that song. There’s a whole lot more to you and your work than that that people might not realise isn’t there? You’ve been writing songs for actually quite a long time.
Ha it’s ok. I don’t mind being asked about it at all… but yeah there is more to me than that song. Like, I have a whole album of amazing songs and maybe they’re not suited to Top 40 Pop, like ‘I Love It’ is, but they’re still beautiful and amazing pop songs that I’ve worked really hard on. I started writing this album when I was 15, and I’m 20 now, so the record is really me growing up… I’ve put a lot of time into it – it’s very emotional for me.

Which song are you looking forward most to unleashing on the crowd at your upcoming live shows around Europe?
Definitely a song called ‘Take My Hand’. It’s about taking ecstasy. It’s a TUNE.