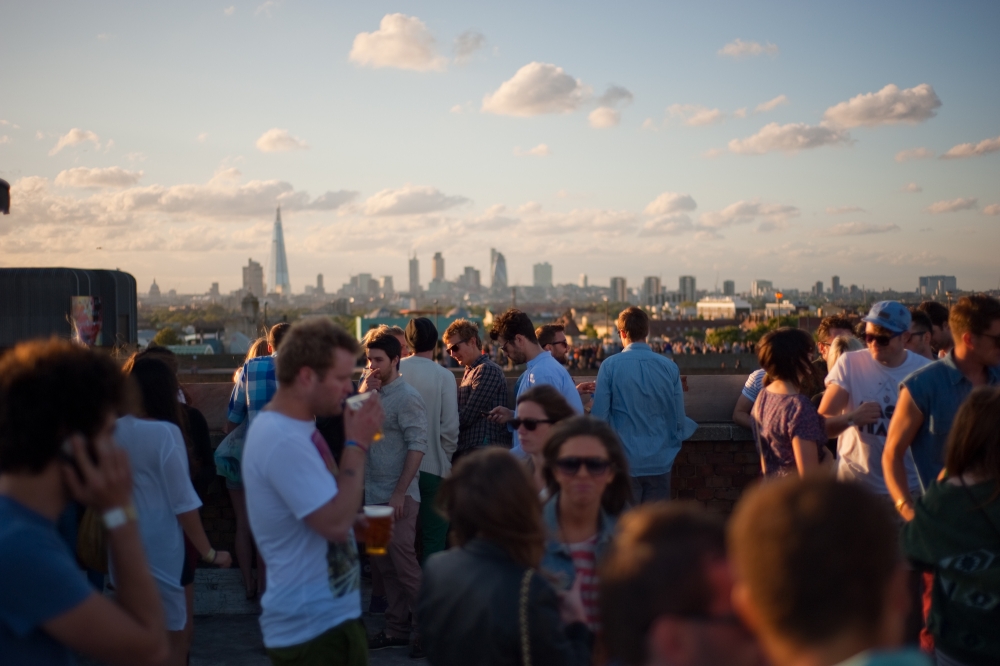 The new Overground Line has opened up some previously inaccessible London Quarters. In a new series we’ll be examining what hidden gems these neighbourhoods have to offer.

When we started talking about neighbourhoods that have benefited from the extension of the Overground Line, Peckham was the first that came to mind. I’m now going to attempt to talk about it without sounding like an estate agent, and I’m almost certainly going to fail horribly.

Although much maligned, gentrification (I failed), can sometimes create something which its detractors accuse it of destroying; diversity. Contrary to popular belief, Peckham has not lost its former identity. It has gained a new one but there is no reason why the two cannot co-exist.

Café Sadly, Frank’s on Old Kent Road is now so thoroughly overshadowed by its namesake atop the multi-story car park, it’s a wonder that it’s still open for business. It is a true slice of old Peckham, occupying one of the retail units under Bowness House since 1950.

Bar Another long-term Peckham institution is Canavan Peckham Pool Club. Their Rhythm Section nights have become something of a phenomenon over the last two years. It still excels as the best spot for a drink and a rack of pool in the area.

Restaurant Open since 2004, Ganapati is a viable contender for London’s best Indian restaurant. The fact that you don’t have to suffer the throngs of Brick Lane, or the transport headache of Tooting after hours makes it even better.

Pub The Gowlett could quite easily get the nod for Peckham’s best restaurant. They’ve been battling out with Franco Manca for South London’s pizza crown for some time now. Moreover, it remains a beautifully decorated yet grounded local pub.

Club If we had to attribute Peckham’s ascent to one establishment The CLF Art Cafe/The Bussey Building would have to take the honours. It’s no secret, it is quite simply London’s most exciting venue. It has the queues to prove it.

Unseen sights It would be deeply unfair to write up Peckham without mentioning Frank’s Cafe. While the bar and the kitchen have spawned queues that render them completely functionless to anyone with a normal patience quota, the view is unmissable. Only open during the summer months.

As always, with these lists there are sure to be some horrendous omissions. To avoid a chorus of, “How could you not mention…?!” comments. Here are a few that we’re aware of: Bar Story, Anderson & Co, The Begging Bowl, No. 67 South London Gallery, The Montpellier, Peckham Library, Cafe Viva…