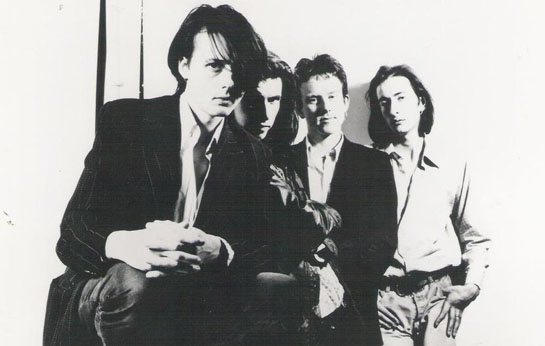 le cool editor and Suede bassist, Mat Osman takes us through his painful first gig “on a stage the size of a largish beach towel”. This is the third in le cool’s series of #firstandforever stories by Londoners and brought to you by Dr. Martens.

Well, I say my first gig, though I suppose technically the one-off performance in a Haywards Heath wine bar, as part of what could only loosely be described as a band, might count. We were backing a singer so…um… enigmatic that he eschewed such conventional terms as ‘verse’ or ‘chorus’, rather referring to the parts of his masterpieces by visual symbols. This meant that on stage he would occasionally turn to us and gnomically utter “wheel symbol two” or “make it sound more like a sinking ship”. No, seeing as that performance was free, awful, and we only got paid in wine which I a) was too young to drink, and b) didn’t like anyway, let’s move on to my first gig proper.

We were playing the Sausage Machine, a ramshackle and occasional club night in the basement of a Hampstead pub, run by a friend’s brother (and if you’d heard our early demo tapes you’d see why only a friend or a relative would book us). This time we were rehearsed, had raided every Oxfam shop in the Camden area for stage clothes, and ready to roll. All except the drum machine. We’d tried to get a real drummer but they seemed a strange and mercurial breed. Some had been good in rehearsal but then disappeared. Some were in about ten other bands. Some (and I’m thinking of soon-to-be Elastica drummer Justin Welch here were both, and crashed their car carrying all our gear on the way home from the first rehearsal).

So it was the drum machine for us. I’d been prepared for any one of us to have stage fright, even on a stage the size of a largish beach towel, but I hadn’t expected it from the Alessis HR16. About three songs in, just as I was thinking “OK… this is OK, we can do this” it stopped mid-song. Cue thirty seconds of “maybe we can just plow on through oh shit this sounds awful” and then the four of us grinding to separate halts. And huddling around it on stage trying the usual technical tricks to get it running again – not a great look. It did the same thing on the next song. And the one after that. By now the audience had gone from being pissed off to gently amused, and the fourth and final time it combusted we got the biggest cheer of the night. The set finally limped to a conclusion and we sheepishly sloped off stage, only to remember we had to pack up all our gear and sheepishly sloped back on again.

The next day we put an advert in the NME for a drummer.

Do you remember your first gig? Reveal your #firstandforever tale here.