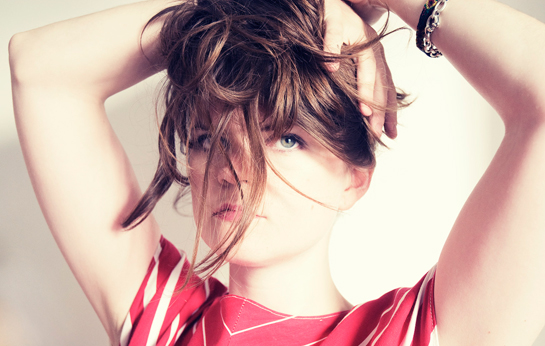 In the second instalment of our Generation Badass Bitches interview series, Clare Considine hooked up with Georgina Cook. Georgina documents the dubstep scene from a privileged position right at its very heart. She is a photographer and blogger who has played a pivotal role in shaping and recording the rise and rise of Croydon’s greatest export.

How did you end up where you are today?

I had a little compact camera for as long as I can remember. I was always taking pictures of my friends at school. When I was 16 I met this guy who was in a punk rock band and I started photographing them. He and I went to an exhibition of Nirvava photography. I loved realising that images of music were an important form of documentary photography.

I got a job at the South London Press newspaper as a photographer. I took photos of everything. Lots of portraits of people who’d had something shit done to them by the council.I would always ask to do the gig photos. A really seminal moment for me was the first night that I went down to the Black Sheep bar in Croydon to photograph Grooverider. That’s how I got to know Mala, Loefah and Sgt Pokes. I was there every week after that, taking photos of all of the drum and bass nights. I loved it but there was always a feeling that I’d missed out on something – I hadn’t been there in ’95.

Then a few people there were starting to make this other kind of music that was more associated with garage. I remember the first dubstep tune I ever heard. It was ‘B’ by DibitalMystikz.

Mala played it to me and I vividly remember saying to him “I need to be involved in this”. The way it made me feel – there was no way I was letting it go.

Do you feel that being a female has affected your choices and successes in what you do?

Back when the scene first started it was massively male. Which is ironic because FWD, Tempa and Rinse are run by a woman – Sarah Lockhart.  But when I was first going to Plastic People I was probably one of two women on the dancefloor. I was completely conscious of being the only girl, but everyone was so safe and lovely to me, I felt totally welcome. Also, I think that having a camera gave me a purpose – its like my shield.

Now there’s much more of a place for women in electronic music. In every part of the scene there’s women involved and its brilliant.

What other women do you admire and who are your idols?

Ashes57 is one of the most amazing women I’ve ever met. It’s like she’s from another planet. She’s a photographer, illustrator, art director and she’s the curator for Lava Gallery. We collaborated on the ‘Unzine’ magazine.

I could give you a whole list of women in the scene who I admire. Sabina, Ikonika and Cooly G are great producers. Moxie is a great DJ.Then there’s promoters like Lettie Fox. She co-runs a night in Brighton. She is somewhat unsung because she just gets her head down and gets things done. And of course you can’t talk about the history of bass music without talking about Sarah Lockhart. She is a really powerful woman.

In terms of idols, it’s gotta be Dot Cotton. She is so real. Why would you not wanna be her friend? Also Björk – she is a thousand percent herself. Why compromise? Dot would never compromise.

What track would you pick as your theme tune to International Women’s Day?

Anything by BombaEstereo. The lead singer is just incredible. She is pure energy and completely unpretentious. She is a really beautiful girl and she just performs on stage in a t-shirt and tracksuit bottoms. Her talent is completely natural and un-styled.