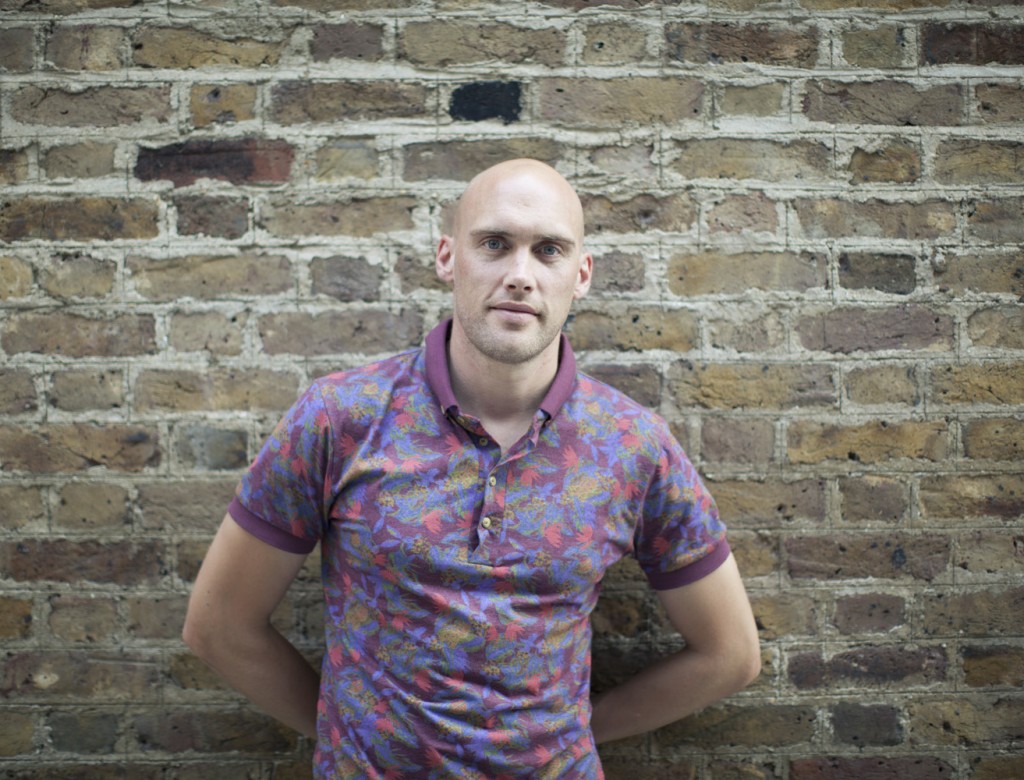 You probably recognise Joe Sims from his role as Nige the plumber from ITV’s smash hit, tense-to-the-very-end thriller Broadchurch. He’s also an award winning theatre actor and he’s a very nice guy too. Josh Jones managed to catch up with him before he headed off to the glitzy ITV Summer Party somewhere swanky in West London.

Hi Joe, how’s it going? What are you up to? What can you see out of the window?
I can see my Walthamstow garden that I decimated with my own bare hands. I enjoyed the decimation and being allowed to go wild with a chainsaw but am going to leave the green fingered, nurturey bit to my flatmate Liz.

Did you actually learn to become a plumber for your role in Broadchurch? Are you handy with pipes now?
Had my hand round my U-Bend this week and mended my toilet. A deeply unpleasant experience.

You once told me in the Chandos pub that you were ‘drunk as a stick’. It’s been my favourite description of being drunk ever since. Is it yours, or is it just a West Country import?
I’m surprised when I’m out with you I’m able to engage in coherent conversation. My favourite Bristolianism is he/she has a face like a clumsy beekeeper.

What was the number one thing you’ve learnt from being on Broadchurch?
You don’t know loneliness until the British public think you’ve murdered a chocolate Labrador.

What do you prefer being on; the stage or the screen? Or do you like to juggle doing both?
I love the immediacy of theatre but when it’s done well the end product of TV can be both powerful and enduring. But ultimately, like coitus I’m just happy and grateful to be involved.

I saw you in a little known short film about the World Championship Musical Chairs final. Has that role helped you progress as an actor in any way at all?
To pit my wits against some of the finest minds in musical chairs was humbling. I locked horns with a lot of people that day that I have genuinely come to regard as people I… met.