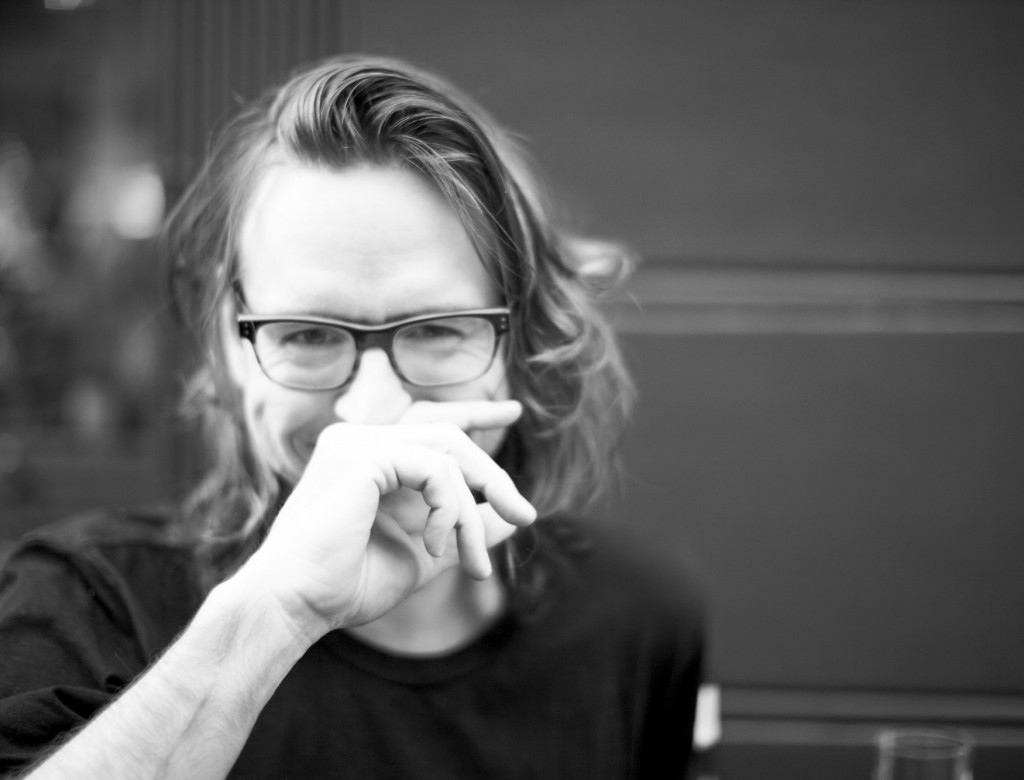 London born, Brussels based John Power is back in town helping to promote the week-long Belgium Booms – a celebration of the impact the tiny country has had on the musical world. Check out the website for all the events. He’s also founder of the record label Body Work. Josh Jones had a quick chat with him about it all.

Hey John, how’s it going? Loving London? Hasn’t it changed SO much since you left?
Actually it appears to have made me ill, I’ve basically spent a year living in the woods and I’m pretty sure I came into contact with more germ ridden people on the tube today than I have in the past 12 months. And has London always been this big? I guess so but it seems to take two hours just to get anywhere. I’ve essentially become an old man who sits on the porch of his farm shouting at infernal modern contraptions like planes and cars then gets confused and spends the rest of the night staring at the microwave and complaining that the TV isn’t as good as it used to be. Anyway, sorry, off on a bit of a tangent there. London, funny old place, it actually is quite astonishing how much it does change in such a short space of time. Whenever I do pop back there seems to be another half a dozen pop-up ramen/cronut/burger bars or something. It’s undeniably fun but after a couple of days it does make me long for the peace and sanctity of my forest.

So tell us John, what the hell is this big old Belgian party all about?
Right, well, basically everything that is amazing about electronic music originated in Belgium and this week we’re here to shove it in your face. OK that’s maybe a slight exaggeration, but for a country with a population half that of Greater London, Belgian producers have had a huge influence on the global, and especially UK, rave scenes. By the time people read this we’ll have already done a couple of parties showcasing both the old and new, and over the rest of the week we’ve got film screenings, club nights and gigs, lots of great stuff.

Who’s playing?
Loads of people, Wednesday night the Kraak Records label take over Café Oto for a night of experimental music, Friday we’re at Café 1001, we’ll be showing the amazing ‘The Sound of Belgium‘ film from 6pm and then after that there’s live and DJ sets from the likes of Cupp Cave, Lefto, Squeaky Lobster, Pomrad and LTGL, think fun interesting leftfield electronica. Then on Saturday we wrap things up with a party at Birthdays in Dalston with some of Belgium’s new house/disco/techno stars like goldFFinch, Surfing Leons, Sagat, Richelle and DJ Slow. That just leaves time for a manic run round London on Sunday trying to stuff as many Shake Shack/Meat Liquor burgers into my gaping maw as I can before they pour me onto the Eurostar and I speed home a broken man.

Why is Belgian music your bag?
Well it’s odd really, I never planned to move out there as such, it was just one of those things that happened, but I have always been into Belgian producers and artists. When I was 14/15 and still stomping around in 10-hole DMs and writing bad poetry about bats, I got into bands like Front 242. Then a year or two later I discovered labels like R&S. To be honest I probably didn’t even know where most of this stuff was coming from at the time, I think you forget how little information you tended to have back in those days.
It was only later that I really pieced it all together and began to understand just how much amazing electronic music came out of Belgium, from a lot of Cold Wave and EBM in the early 80s, through to New Beat, Hardcore Techno and beyond. When you watch the film ‘The Sound of Belgium’, you really do spend most of it going ‘Oh my god, I love that track, and that one, and that one!’. After I first saw it I must have spent about three days poring through my record collection digging all this amazing music out.
Slightly even more bizarrely back in the early ’00s I actually had a brief DJ residency in Bruxelles, it was a strange period where a few people had made the foolishly rash decision that I just possibly might be a rising star of the DJ world, a notion that lasted all of about one week if I recall correctly. Anyway I was back at the venue I used to play at earlier this year with one of the acts I now work with, Waze & Odyssey, and backstage there was still a sticker on the wall advertising my set there from a decade before, strange how things work out.

Who’s your favourite Belgian? Is it Stella Artois? Or is that just a lame ass stereotyping question?
Ha, well there’s no getting away from the fact that the Belgians like a beer or two, though oddly enough despite the average tipple weighing in at around 10% they don’t tend to go in for such public displays of mind bending oblivion as us Brits are so fond of, also to be honest you’d probably be roundly mocked for ordering a Stella, Westmalle Tripel has become my usual tipple, 12% of full flavoured beer, can’t beat it.
But anyway my favourite Belgian… Well if you’ll forgive me one moment of mawkishness I’d have to say all the friends I’ve made over the past 14 months. They’ve put up with my ridiculously bad French, tolerated my non-existent Flemish and made us feel at home so quickly. Honestly lovely country, amazing people.