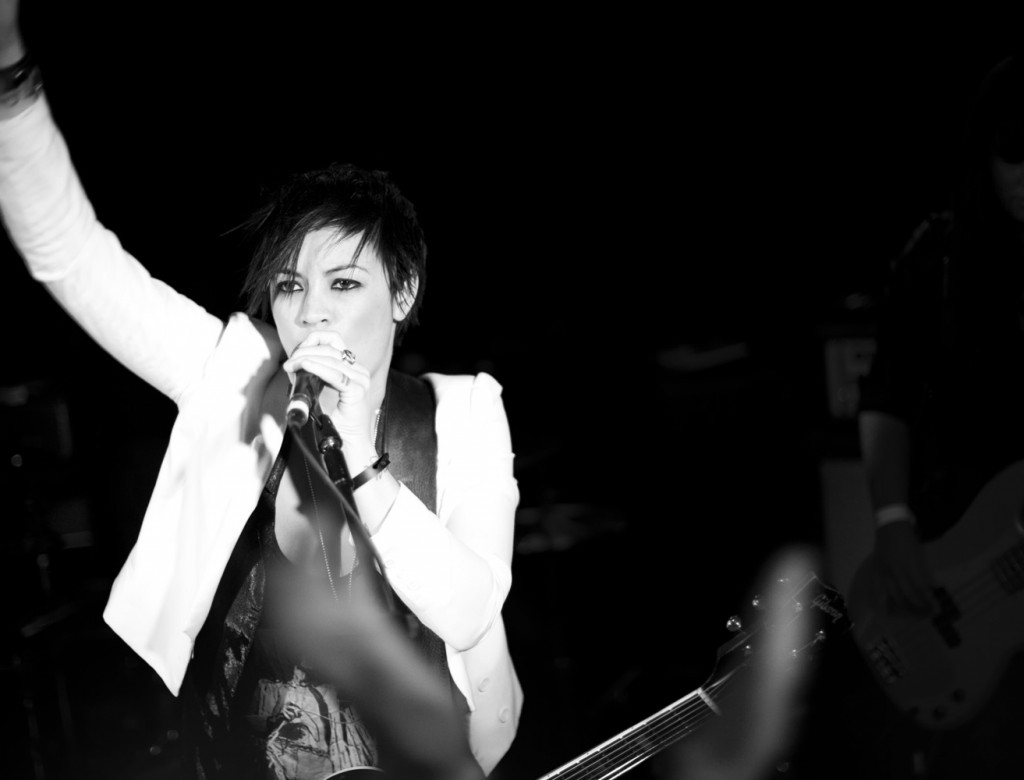 Kiyomi is lead singer of New York-based all girl noise rioters Hunter Valentine (you may remember we wrote about them glowingly last week). On a tornado tour around the UK, Josh Jones managed to have a quick chat with her en route to a show on the coast. Catch them tonight at Soho’s Candy Bar before they head off to Paris and Berlin.

Hey Kiyomi, how’s it going? What are you up to?
Oh just getting ready to play Brighton!

You and your lovely girlfriend were on The Real L Word on American TV. Is it weird being a reality show star or have you totally embraced the fame?
It’s weird at first, but you get used to it. I just feel lucky that the show has given my band the exposure that we have worked so hard for all these years.

Is it a bit odd being stopped for autographs and pictures because of the show when you’re in another country?
It is completely surreal to get “recognised”, especially in another country. It makes you realize that things are really growing on a much broader level.

Here’s a question – How many oysters can you shuck in a minute?
It’s been a while! I think it was 18…

What’s next for you guys then? Where are you off to after London?
We are going to France and then finishing this Euro tour off in Berlin. We get some time off back in NYC and then we are hitting the road with Cyndi Lauper this June/July, followed by a trip to Australia and Japan. We obviously can’t stay still!