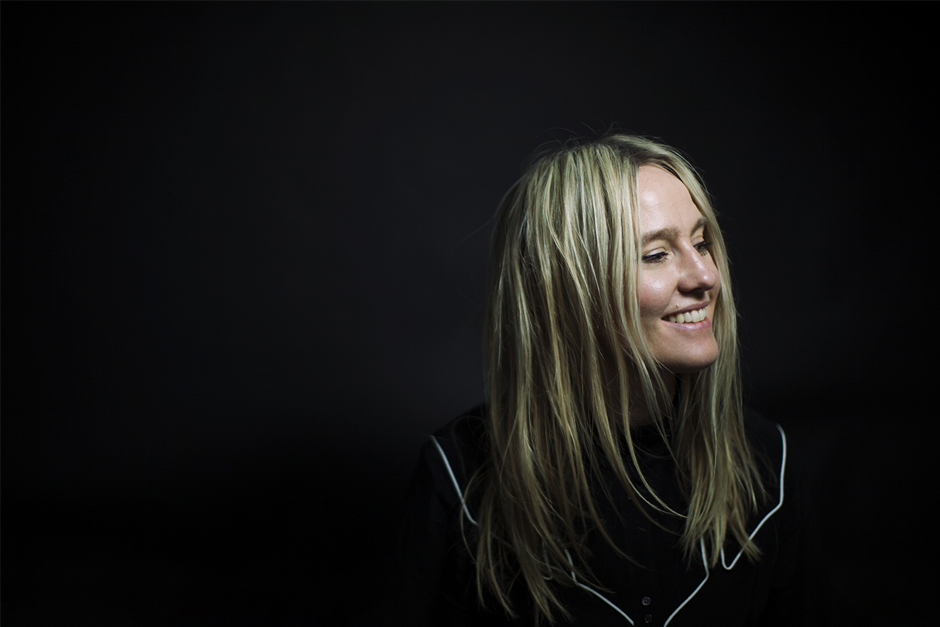 KLARA is a singer-songwriter who lives in North London but is originally from Sweden. You’ll probably recognise her song, ‘These Woods (Human Made)‘ because it’s the soaring soundtrack to Volvo’s latest TV and cinema ad. The song saw her hit number 1 in the iTunes UK Singer/Songwriter chart earlier this year, and will have you humming it all day. Her latest single, the haunting ‘Broken‘ is out now and is the first release from her new album, due to be released later this year.

The video for ‘Broken’ is directed by yourself and filmed in Dalarna, Sweden. Why did you choose there?
I am from Sweden and when I was 10 I lived in Dalarna for three years before we moved back to Skåne in the south. It’s a beautiful part of Sweden and we still have friends there. Their glass veranda is a little piece of heaven with a view over the lake. I used to swim in the lake where we filmed the video, only this time it was frozen so I went out on a kick sledge instead while we filmed the area with a drone camera. I loved it, I even forgot that we were filming and just breathed in the nature around me.

Did that area influence the writing of the song?
It was when I lived in Dalarna that I started taking piano lessons and writing songs for the first time. Growing up so close to nature, surrounded by lakes and forests definitely defines who I am today, more than I probably realise. My song ‘These Woods (Human Made)’ that soundtracked the Volvo advert was about exactly that, how those childhood memories are such an integral part of who I am today. When I want to feel calm and be taken back to those moments in time I think about these places you see in the video. I actually started to write ‘Broken’ whilst I was in the US, driving through Wisconsin on my way to Justin Vernon from Bon Iver’s Eaux Claire festival – the scenery is very Scandinavian there too though, hence why Swedes moved to the area between 1885 to 1915

I did not know that. Now, about that Volvo TV advert song – that’s a pretty Swedish thing to do. Did your friends keep sending you videos of it when it came on the TV?
Of all the brands I could partner with, I was so pleased that Volvo approached me. They’re a Swedish staple as much as meatballs! My friends and family were all very proud that I was representing such a prestigious Swedish brand…

So you recorded ‘These Woods’ and ‘Broken’ at Peter Gabriel’s Real World studios. How did you end up there?
It’s such a wonderful studio! I was there a long time ago with an act called Hukwe & Charles Zawose, two musicians from Tanzania. I’d spent three summers in Tanzania learning Swahili, singing in Kigogo tribal language and learning to play the thumb piano (called the ‘Irimba’)! I accompanied them as a translator and met Peter Gabriel back then. I had never seen such a beautiful studio. It was fantastic to come back and see some of the same people who’ve worked with Peter for many years, first while recording ’These Woods’ and later when I recorded the album!

‘These Woods’ took you to number one in the iTunes Singer/Songwriter chart. Did that spark wild celebrations of champagne and strippers?
As it’s no longer the 1980s I made do with a cold mojito on the beach in Cape Verde, where we happened to be at the time!

What’s next for you – are you lining up some festivals this summer?
I’m playing a boutique festival called 110 Above in Leicestershire in August, which should be fun. It’s a small 1000 capacity event, but with a really strong line-up of artists I really like including Jade Bird, Marika Hackman and Ten Tonnes.