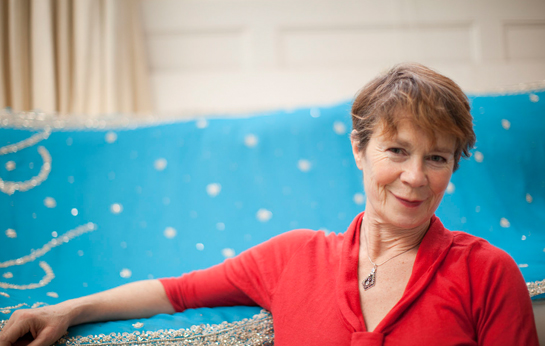 Celia Imrie is one of Britain’s best loved actors. Currently starring in ‘Noises Off’ at the Old Vic, she’ll also be starring in the return of ‘Lunchtimes With…’, which is a ‘behind-the-scenes glimpse into the rehearsal and working process of leading actors in the West End. She kicks off the series next week where she’ll be spending her lunchtime talking to director Fidelis Morgan on 16th February at 1.15 pm at the Old Vic. Josh Jones managed to grab a quick chat with her before she went off to act.

How has London theatre changed since you first started out?
Audiences often like to come to the theatre to see actors they have seen on television. Whereas before I think TV was considered more low-brow.

Do you have a favourite theatre in the city to perform at?
At the moment The Old Vic, because it is red and gold, as theatres should be, great Knights and Dames have acted there, and it is full of ghosts.

Do people holler at you from vans about Calendar Girls?
They might if I took my clothes off…

Do you go to the theatre as a punter much?
I try to, but mostly I go to see my friends. I enjoy going on my own.

Where’s the best place for a gin & tonic in this town?
D’you know I wouldn’t have a clue, can’t stand the stuff. But I adore The Savoy for a glass of champagne.