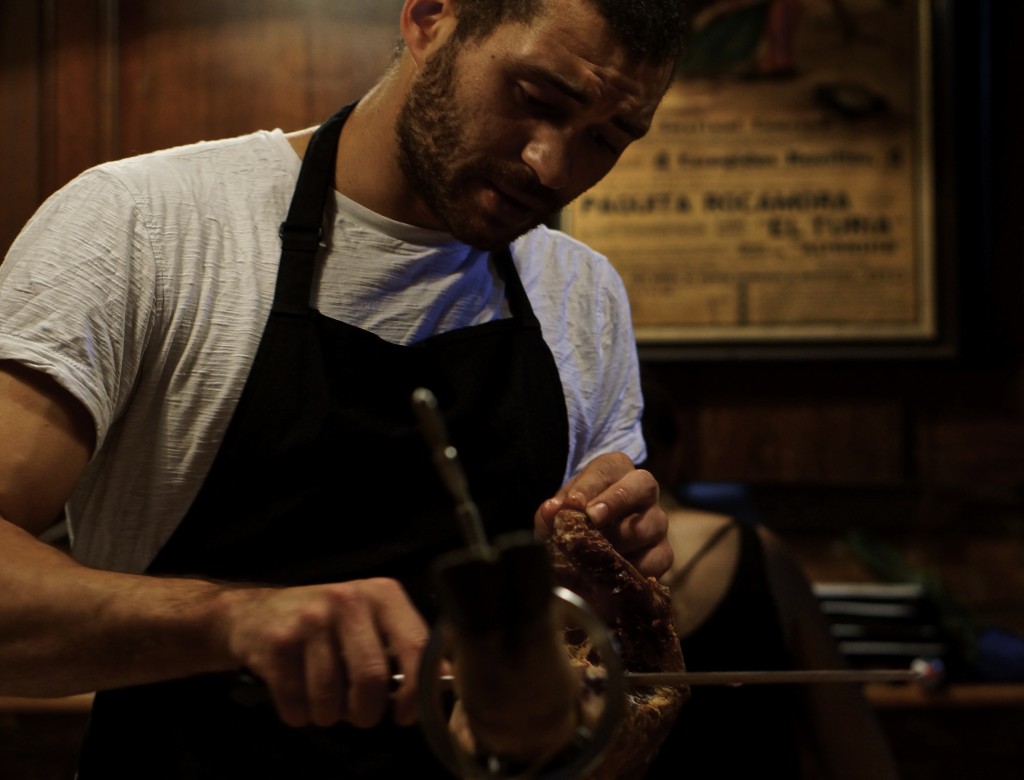 It is still happening – the London artisanal food boom. The explosion of culinary projects spoiling us with some of the finest cuisine and drinks expertise in the world. In this new series from Sam Frankl, we meet craftspeople who are masters of their trade and get to grips with what it really takes to practice ‘til perfect.

Every Sunday lunch at my house, I make a subtle exit to the bathroom just before the roast is served. There is just nothing I fear more than being handed the carving knife and subsequently relied on to deliver the centre pride of the meal to the plate.

Zac is unfazed by this challenge. Co-founder of Tozino, he first picked up the carving knife behind the cheese counter at Selfridges’ food court in August 2006. Perhaps his studies in anatomy at Guy’s Hospital at the same time gave him a nudge in the right direction.

When Tozino first set up camp on Maltby Street, Zac told me his hands became so crippled by cold that he could no longer grip the plates of jamon to serve them. His carving arm, however, remained unaffected, so accustomed as it was to the action.  ‘A knife is fluid, you don’t get tired, it becomes a form of meditation’, he said.

Can he teach me how to do it? ‘You’ve got to be completely relaxed, the action goes through your body down to your feet’, he tells me. ‘You only move the shoulder; your wrist is in a comfortable position, the rest of the body moves with your shoulder. You’re trusting the blade, manipulating the blade, to do what you want it to. No effort. No force.’  I blush at memories of blunt attempts to wrestle the drumsticks at my Nan’s house.

And then it all becomes very theatrical, as you can imagine. “You make sure that the shape is right, and the textures and the flavour pallet. All with maximum efficiency, so as not to waste a single slice…it becomes akin to solving a Rubix cube…(you) must envisage how best to carve each plate with a full range of texture and flavour. Both of these things are determined by the position of the meat in relation to the bone.”

Zac is a calm and measured man. But there is one subject that I correctly predict will cause some irritation and I cannot resist the temptation. How does his Iberico hams compare to simple sliced Parma ham from the supermarket?
‘Parma ham is cured on the bone. But when it reaches the machine it’s in a cube’, he explains patiently. ‘Spanish hams remain violin shaped, on the bone until they are carved. The bone is removed from Parma ham and it’s frozen.’ He looks disappointed that I even brought it up.

By the time I leave, I feel somewhat less disgruntled with my own inadequacy in the carving department – after all it is a craft that takes years to master. Admittedly, Zac is carving a full leg of a giant animal, and I’m probably manoeuvring a humble corn-fed Waitrose chicken – but still, I prefer to leave it to the experts.

Tozino is open Wed-Sun, Zac will almost certainly be behind the counter carving steadily and contently, sin prissa y sin pausa (without rushing, but without stopping).