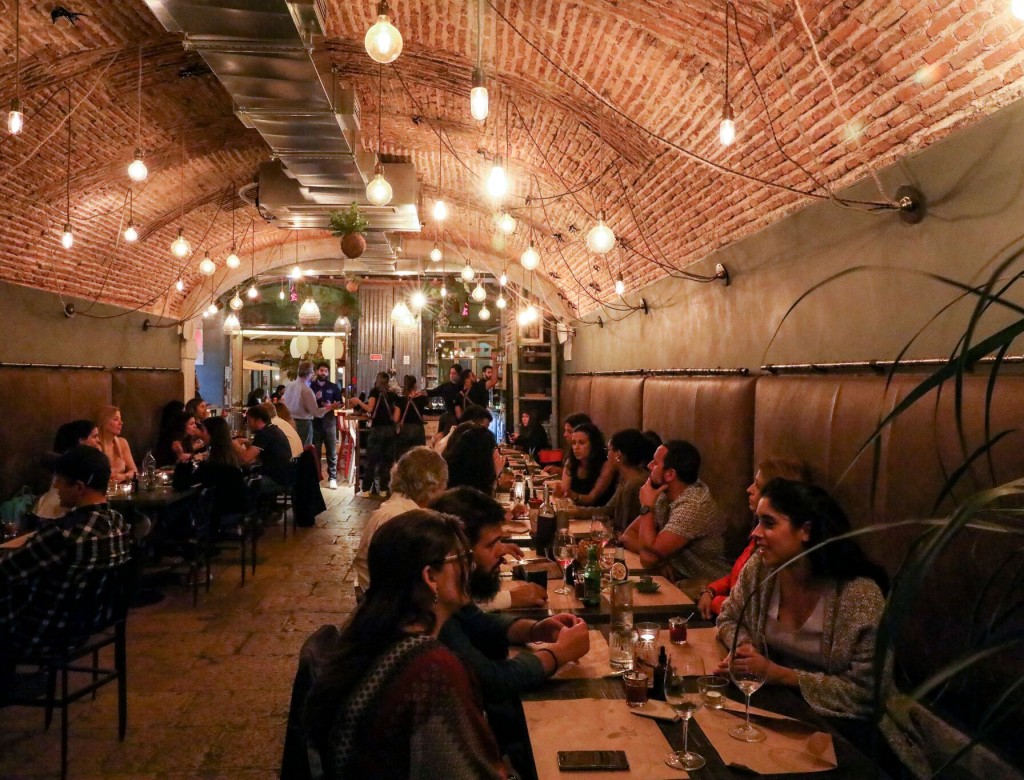 By Jasmine Phull in Feature

All bluey-pink skies, mismatched terracotta roofs and warm, tiled facades, Lisbon days are a hazy blur of insta-eating, insta-drinking and insta-seeing. Think: long balmy days finished with stretches of sun-kissed nights. Affording visitors – and locals – a go-slow pace, the Portuguese capital offers rest and play – just 2.5 hour flight south of London. On the edge of Europe, it’s too hard to say no – to anything so here is your exhaustive must-try-everything Lisbon list.

EAT
Bairro do Avillez
R. Nova da Trindade 18, 1200-466 Lisbon, Portugal
Trace the cobblestone path to Bairro do Avillez; the split level building is a charming replica of an old Lisbon district – complete with open windows and flora and fauna. On the ground level, the light-filled Pateo offers a modern seafood menu that puts a playful spin on traditional Portuguese cuisine. This is the sixth restaurant from Lisbon superstar chef Jose Avillez.

Boa Bao (pictured above)
Largo Rafael Bordalo Pinheiro 30, 1200-108 Lisbon, Portugal
For an international fare, follow your nose through Malaysia to China; Thailand; Japan and finally to South Korea. It may sound an ambitious feat but trendy Boa Bao has skillfully mastered the mix pot menu. Smack bang in the middle of fancy Chiado, the industrial-style setup is a cavernous treasure trove of southeast asian flavours. A large dining area leads you to a much smaller, enclosed courtyard with plenty of natural light and half a dozen tables. Not yet accepting reservations, we say come early!

Casa de Pasto
Rua de São Paulo, 20, 1st Floor Cais do Sodré Lisbon, 1200-428
Traditional Portuguese fare with a twist, this iconic Lisbon restaurant woos and wows diners with a rotating menu of duck rice, octopus salad, oyster broth, black swordfish and tuna soup. A sensory overload, look up from you meal to a surrounds that recalls 19th-century Lisbon; think: lace curtains at the windows and painted flowers on the ceilings. The artisanal cocktail menu is a must. DRINK
Red Frog Speakeasy
Rua do Salitre 5ª Just off of Avenida da Liberdade, Lisbon
Don’t look for the sign. Find the red frog. Go past the broad shoulders and behind the dramatic door. The view: 1920s speakeasy, basement bookshelves and a hidden back bar. Here, the libations are the kind of tonic and elixirs that warm the insides on a cold night. On any given night, drink in the dimly light, moody interior as you sup your way through the artisanal cocktail concoctions. More alchemy than average, more pricey than affordable – take someone you love or better yet, someone who loves you. Find it on the poshest avenue of Lisbon, “Avenida da Liberdade”.

Pink Street
Cais do Sodre, Lisbon
In popular Cais do Sodre, the night always wins. A time of bar hopping, bar stopping and more bar hopping, follow the sound of conviviality to the Pink Street. An entire street lined with clubs, pubs and – you guessed it – more bars, if nothing more, it’s a guaranteed night of pseudo-debauchery. STAY
Casa Balthazar – City
Rua do Duque 26, 1200-159 Lisbon, Portugal
Down a quiet lane, Casa Balthazar is something to behold. Set in a 19-century building, the boutique hotel is the right mix of heritage charm and considered modernism. Beautifully furnished rooms of art deco come complete with insta-view terraces. Sunny mornings are well spent eating breakfast in the manicured garden and lazy days love the sunlit pool. Located centrally, with public transport links to beaches, there’s lots nearby if you can convince yourself to leave.