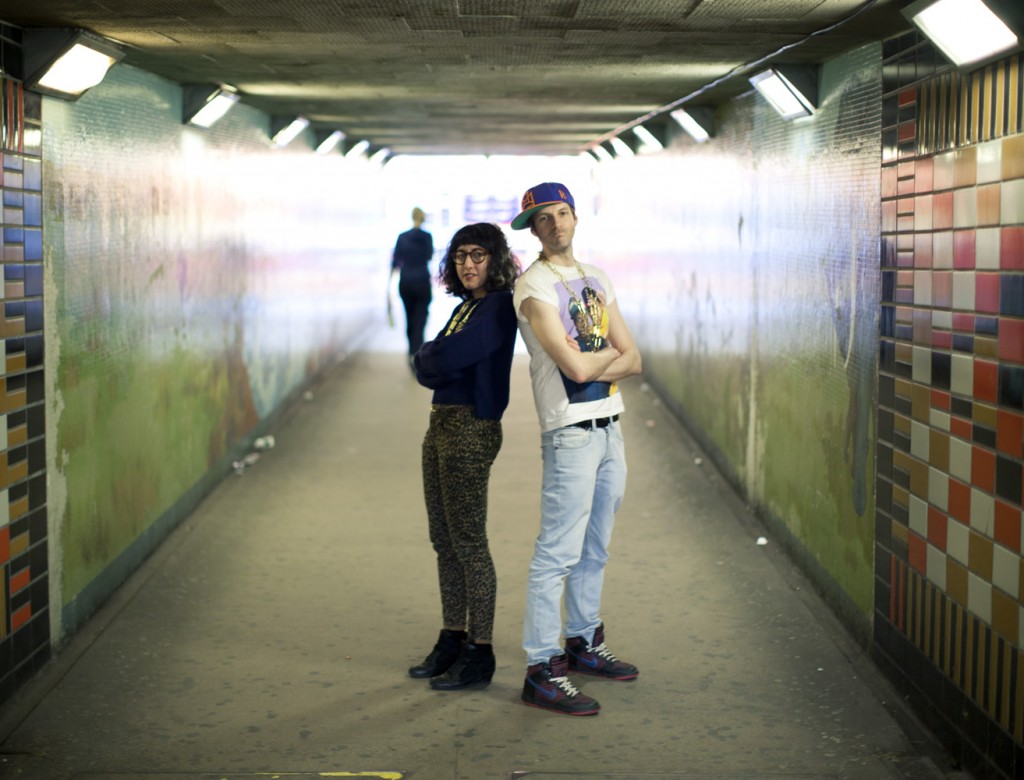 Lexicon (him on the right) and Goldbars (her on the left) are the two people to blame for For The Love Of Mic – one of our favourite club nights here at le cool. This Friday, at Concrete, sees them celebrating their 1st birthday of any music with an MC on it, tip top, hip-hop facemasks, very fun times, rap-offs and a whole lot more. Josh Jones got up, and then got down, with them both.

Why did you start For The Love Of Mic?
We nearly went with To The Macks, a night where we play songs based around the world’s best Macs, like ‘Return of the Mack’, Fleetwood Mac and Max Bygraves. Or Post Office Rock, a post-rock night for the after work crowd and Royal Mail employees. Fortunately we sobered up slightly and decided to go with For The Love Of Mic, where we only play songs that have raps on. And yes, the ‘serious as cancer’ rap on ‘Rythym is a Dancer’ does count. Frequently.

Which has been your favourite one yet?
Maybe the one where some of the crowd climbed into a cupboard behind the decks and used the light switch to create a DIY strobe rave. Or possibly the one where a guy crowd-surfed to ‘Wannabe’ by Spice Girls. But definitely not the one where someone spilt a bottle of wine over a laptop and ‘N***as in Paris’ ended up playing so fast it sounded like ‘Crazy Frog’. Never that.

If Eminem came to one of your nights and said he wanted to put on a Snoop Dogg mask and cover one of his songs right there, right then, which song would you get him to do?
THIS…

Do you have a favourite Mike to love?
We can’t decide, but one of us is choosing Skinner and the other is picking Barrymore.

If you two had a rap battle, 1) who would win 2) what would your rap names be 3) who/what would you be representing?
1) Lexicon would win unless Goldbars could recite ‘Sticks and Stones’ by Jamie T in its entirety because she’s got nothing in the memory bank.

2) Our DJ names are better MC names anyway, so we’d stick with Lexicon and Goldbars.

3) We’d represent all the lovely people who have been to our nights, especially our crew of regulars who always make the night a crazy party.