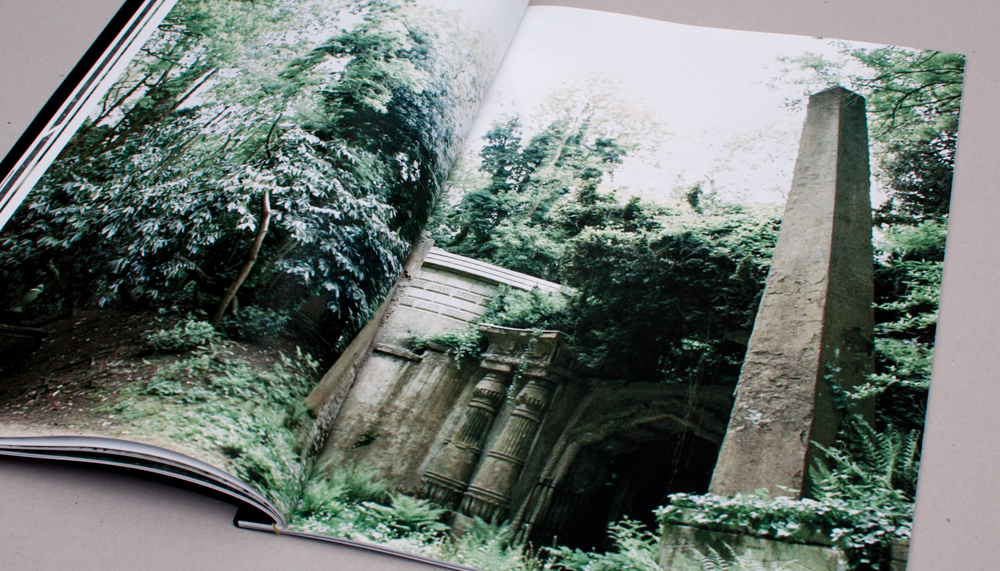 Photographer Maria Brosnan has just spent a considerable amount of time getting deep with gravestones and chummy with cemeteries. All for a book she’s produced about the way we deal with death…

Hey Maria, how’s it going?
Well thanks Josh! Enjoying slowly easing myself out into the sunlight after spending so much time in cemeteries, graveyards, the darkroom and the library (my borrowing history for this spring is pretty dark). I’ve felt like a bit of a vampire.

Why did you decide on this project?
It was part of my post grad certificate in design for visual communication. Last term I did a smaller project on the language used on gravestones. I thought of it when I ran past a graveyard one day. I live in London and the graveyard I passed is right between the A40 and a golf course but when you’re inside you wouldn’t really know it (apart from the odd golf ball balanced on a grave). It’s a little oasis full of so much nature. I made an infographic timeline of all the different words and phrases that were used on the gravestones instead of the word ‘died’; there were 34. I hadn’t really thought much about graveyards or cemeteries before but doing that first bit of research got me interested so I wanted to look into it a bit more. The brief was to make an A3 editorial publication on the theme: ‘Structure and the City’. At first I wanted to make it about the structure of how we physically deal with death in London and how that’s changed over the years. From burial outside the city, to intramural burial within churches, to outside them in graveyards, to people selling their gardens for burials on the black market and eventually to cemeteries. However, it was a little too wide and abstract for the brief so I decided to narrow the focus in on Highgate Cemetery.

How many hours did you spend in a cemetery for this project?
Only about four hours in Highgate Cemetery because I had done most of the research beforehand. It has a section on the East and a section on the West of Swain’s Lane. A lot of the photos I wanted to take were on the West and you’re only allowed on that side with a guide so I had to work quite quickly. The guides were really helpful though.

What was your favourite gravestone?
The one with the sleeping angel because she seems really chilled. Also, there was a really small one shaped like a camera lens with film coming out of it. I like a gravestone that is also a CV; there’s a lot of those in Highgate. Egyptian Avenue and The Circle of Lebanon are really unusual too, a bit overwhelming when you first see them. I’d never seen anything like either of them before. I’ve had a lot of funny looks when I’ve explained this project and I get it but it’s actually really striking how un-depressing the cemetery is. There are loads of birds singing and squirrels running around. There are flowers and ivy growing everywhere. The gravestones and statues make it a bit like an un-curated art gallery and a window into Victorian culture. That said, it is a bit cold, dark and scary in the vaults around The Circle of Lebanon. If I were a ghost, that’s definitely where I would hang out.

Where can we see more of your work?
www.mariabrosnan.cargocollective.com or my Instagram @maria_brosnan or even my Twitter @MEBrosnan. Also, at least one piece from each person on my course will be displayed here from 20th to 23rd June.