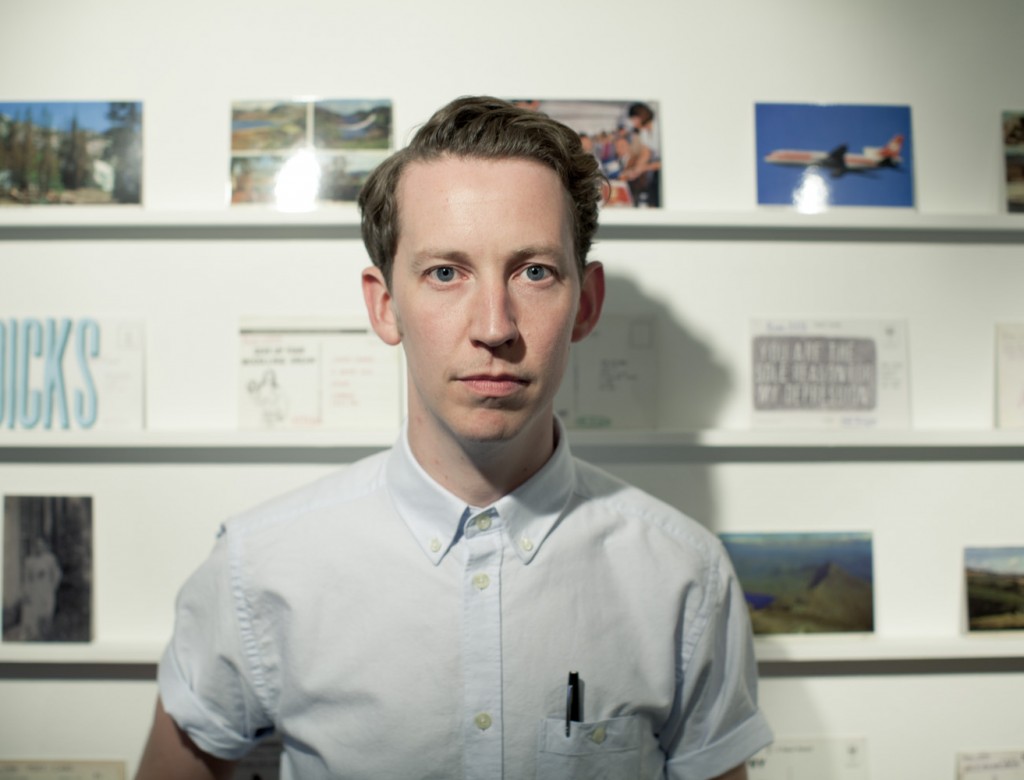 Mr Bingo isn’t just a very talented illustrator, no, he also gets paid to insult people from a distance. His Hate Mail project – where people pay for him to send them a one off, beautifully illustrated postcard, exposing their very worst shortcomings – has been an overwhelming success, spawning a book and also an exhibition (which was a roadblock on opening night) at KK Outlet, which closes this weekend. Josh Jones had a chat with him where no insults were exchanged.

Hello Mr Bingo, what are you up to today?
Hello Josh. I’m sitting at a desk in an art gallery, drawing really offensive messages on postcards to send to people.

With your Hate Mail project, have friends started sending you insulting mail to balance things out?
No but they insult me a lot to my face.
It’s quicker.

Were you surprised at how many people wanted you to send them a somewhat abusive message in the mail?
Yes I was. I opened the service in 2011 as a joke, totally underestimating how much people were desperate to be hated.

Do you drink Um Bongo, Mr Bingo?
I had a fair amount of it in the 1980′s but not so much anymore.

What are the next projects on the Bingo horizon?
I’m opening a pop up burger/coffee/bike fixing bar in East London.
ONLY JOKING.
Nothing really, I just take each week as it comes and keep rolling, I never really have a plan.

Where can we see more of your work?
My website
My book
And you can see me talking at:
Bookslam in London
Reasons To Be Creative in Brighton
Geeky Conference in London