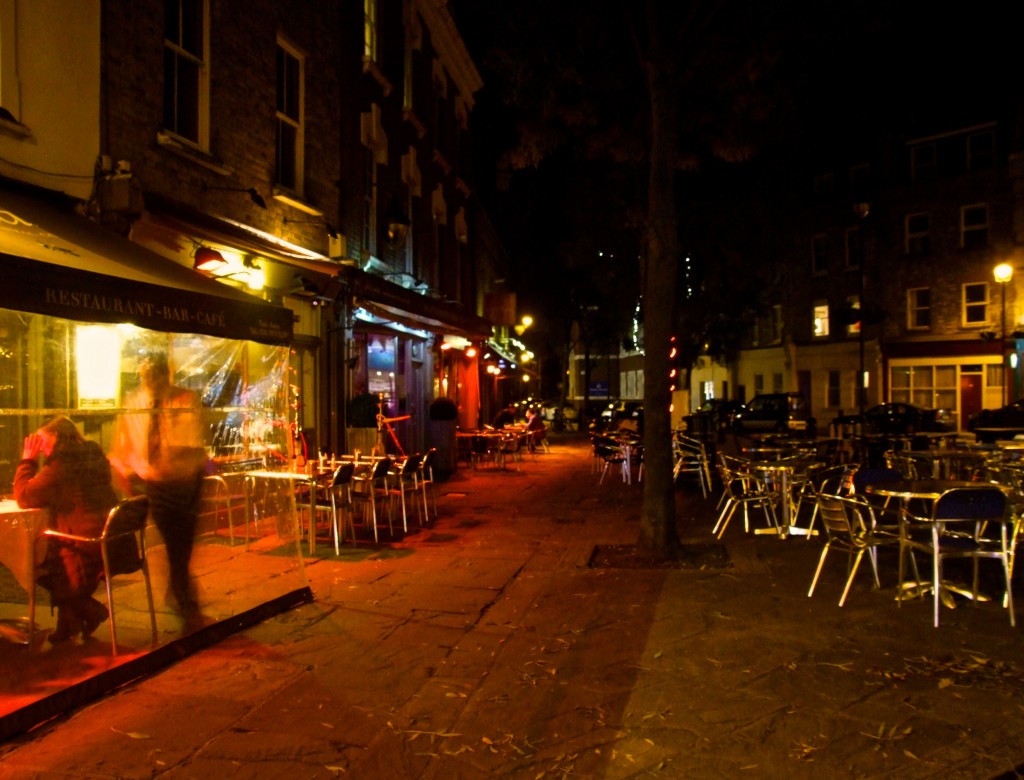 The Overground has opened up some previously inaccessible London quarters to all of us. In this new look at London neighbourhoods, we bring you our favourite places to check out. Words by Sam Frankl.

First, a caveat: Clapham Junction is very much in Battersea. It’s actually over a mile away from Clapham. And, for as long as Nine Elms still counts, Battersea is actually one of the larger districts in London. It’s also suffering from an identity crisis.

On the one hand Battersea is being dragged east into a plethora of new development along the Thames. On the other, it is being engulfed from the north by Chelsea’s sprawling pan-national affluence club. And somewhere in the middle, there is a local population enjoying the same cafés and restaurants that they have done for the last forty years.

Café On an often-desolate stretch of Battersea Park Road, locals still flock to Capitan Corelli. In business since 1977, their food is impeccable. The coffee is stoutly Italian (that’s actually not entirely a compliment). But the real draw here is the atmosphere.

Bar Despite being as green as Texas, Doodle Bar already feels like an institution. Hands down the best product of the new RCA building to date.

Restaurant- Jack’s Place is another long-term stalwart that offers incredible value and the kind of atmosphere usually reserved for Scorsese pictures. The owner is actually an ex-boxer. For real.

Pub It’s impossible to overlook The Magic Garden for the sheer spectacle of the place. They may well lay claim to the best beer garden in London. The all weather gazebo makes this a rare, year-round, outdoor drinking option.

Market Battersea Carboot is one of the best and most eclectic markets in the city. An absolute must for anyone with an eye for vintage clothing, and the patience to actually search for it. Sundays only.

Unseen Sights Off the beaten track somewhat, nestled in behind Surrey Lane Estate, is Battersea Square. Unknown by many outside of the area, this is as close to continental Europe as London gets.

Yes, with these lists there are always horrendous omissions. To avoid a chorus of “How could you not mention…?!” comments, here are a few more: Powderkeg Diplomacy, Ben’s Canteen, Battersea Arts Centre, The Prince Albert, Santa Maria Del Sur, L’Antipasto, Fish in a Tie and Birdhouse.