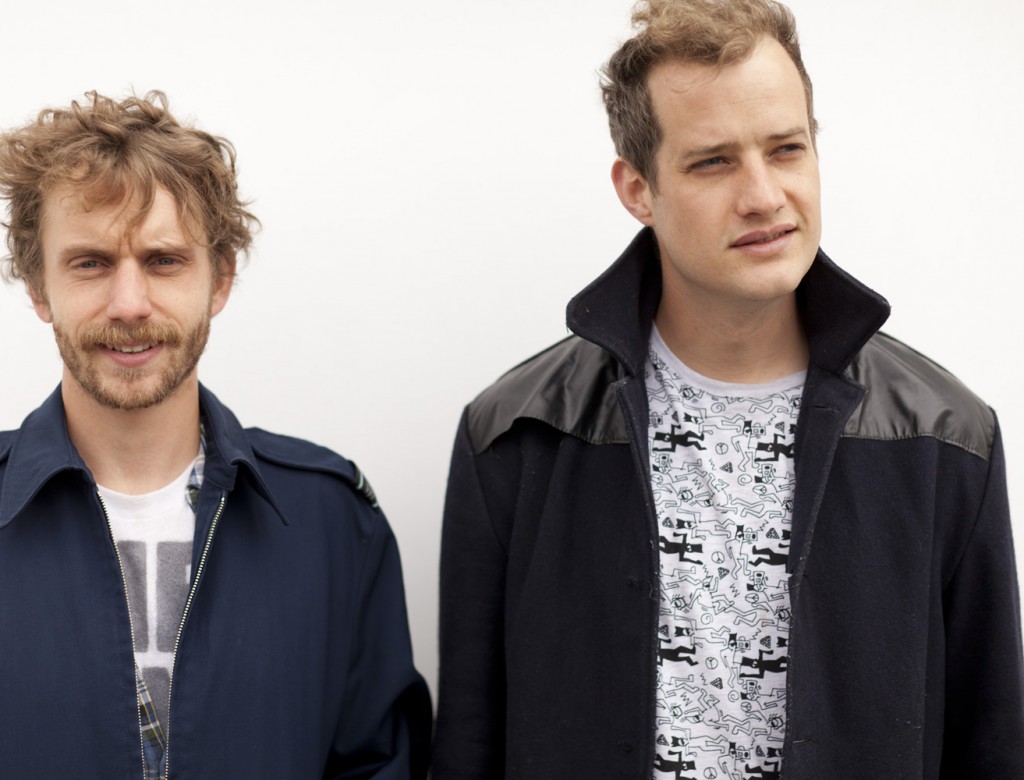 Robin and Partridge are these guys in the picture above. They’re an outrageously funny double-act who have the ability to make you do that laugh-so-hard-it’s-silent thing. Josh Jones caught up with them as they were stretching off, baking, keeping themselves loose and preparing for their appearance at the first ever London Sketchfest next week.

Hello Robin, hello Partridge, how do you do today? Up to much?
Partridge: Oh hello, Josh Jones! We’re good thanks… You just caught us in the middle of baking. Red Velvet. People don’t know this, but we actually make all the Red Velvet.
Robin: You also catch me in the middle of a massive drama. I woke up, looked in my hall and thought, ‘Oh sweet Lord no, someone has stolen my bike.’ I suspected the Postman. Then I suspected my close friends. Then I realised I had just accidentally left it somewhere. This happens about once a month. And you’ll be glad to know that after meditating on my movements I found it chained to a fence outside a café. I had obviously got off my nut on coffee and hyperly ran away. I am now in that café, drinking coffee and about to repeat the process. Oh yeah.

Imagine you’re in an awful hybrid of Dragon’s Den and The Apprentice and this interview and you had to describe Robin And Partridge’s act in a paragraph with buzzwords and punchy statements. Now do that.
Partridge: Well, um, Lord Josh Debra Pathetis Jones, it’s kinda like a chocolate cake, but the sponge is red (remembers to be more confident)… and we’ve layered the bastard out of it (that was for Robin, he is from Yorkshire) and it’s sort of a bit about that sense of loss when you’re wondering what the hell you’re doing with your life, but with jokes, well rehearsed routines and a vanilla icing. Have we done the figures? Err… sure. 5 out of 5. (Off camera, he hugs Robin for support)
Robin: I would just repeat a review we had that described us as stealing the show with a ‘demented stream of consciousness from a bee hive mind’. I like that. Also, we do lots of jokes about Yorkshire. Yorkshire and Enya. I love Enya and Yorkshire. If I was made to choose by an evil villain, I just couldn’t.

What’s the funniest thing you’ve ever seen? Mine’s probably seeing an elderly couple who fell on some black ice and couldn’t get up. They were fine though, I’m not heartless, they were laughing their heads off as they swam about on the pavement.
Partridge: There’s a lot of funny stuff out there, Josh… hmmm… I hurt my face laughing the other night at peaceful, Steiner-schooled Robin playing Risk against a hyper-competitive Tom Bell. I love Risk, but I think Robin found it a bit like a Star Trek convention… my nephew practising his own martial art ‘Tom Fu’ is also pretty funny. He’s called Tom.
Robin: My sister does a face where she sticks her chin out, lift her eyes lids up and pretends to watch me sleep. It’s the scariest/funniest/most disturbing thing I will ever see. Also, anyone on a tricycle going into a tree. There comes a point in comedy where you realise that whatever you do, you will never be as funny as an oversized man on a tricycle, cycling into a tree. And yes to add to ‘that game’ of Risk. It was very nerdy. I retreated to Iceland and set up a fishing community. It was non competitive and beautiful, until we inevitably got annihilated.

So please, please can you tell us what you’re up to at next week’s Sketchfest, it sounds fun…
Well Sketchfest is a format which showcases a variety of sketch acts across the weekend. There are a few in the States, in Chicago, New York and whatnot (Whatnot, Ohio), this is the first London one. We’re doing a 40-minute show on the Saturday, which is a mixture of a few comedy circuit routines we’ve been honing for a while, a touch of clowning and some pieces we’re newer too and our music festival stuff. It will be fun, please come see our segment.
Robin – Yeah come watch us, we’re really proud of it and think it is our best show yet!

Who out of you opens the door most for the other?
Partridge: We open doors for each other equally, helping create opportunities at every turn. We’re very supportive. Now let’s open the oven door, as there is fresh batch of claret sponge to cool.
Robin: Hello, Partridge? Can you let me in, I am locked out. Also, have you nicked my bike?