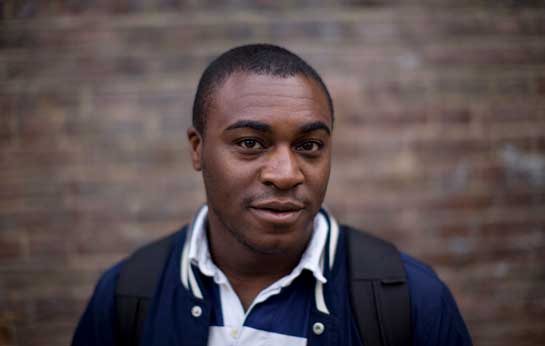 le cool caught up with UK funky don, Roska in advance of his big day out at Lovebox with the Rinse FM lot this Friday. His Jackpot EP is out on Rinse from Monday – pre-available here and there’s a mixtape giveaway too.

Who’s your favourite DJ within your genre?
Redlight – he’s got a nice little sound going at the moment. And he’s working really hard. Outside my genre I’d have to say DJ EZ – he plays garage and he’s been doing it for many many years. I’ve grown up listening to him. I’ve met him twice – I played after him and that was an honour.

Do you ever go to a club to just dance dance dance?
If I’m not playing, I go to clubs to listen to the sounds and what’s going on. I haven’t gone to a club strictly to dance for a while actually.

What’s your favourite late night takeaway spot after the club?
It’s all crap food man. I try and stay away from it as much as I can. I end up going home to make a sandwich. Otherwise it ends up being whatever I can find – McDonalds or whatever man. I’ve been off for a few weeks so it’s been good – I’ve cut down a lot on the crap food. There’s a place in Clapham called Bodeans – they do wicked bbq chicken. I love that. Also Nandos, same thing – chicken. As you can see I’m a chicken lover.

Are there too many chicken shops in London?
I think so yeah. The good ones are good priced, then you got those chicken shops with chicken burgers and all sorts. I stick to the real grilled chicken.

What’s it like being called the “ambassador for UK funky house”?
It’s alright – I’ve been representing it for as long as it’s been around and I’m still here doing it and representing on a bigger scale internationally, it’s kind of a cool title to have.

How was the show tonight?
It was good! Just myself, and lots of interaction from the Twitter, the Facebook. I just go in. I think I’ve done like 20,000 tweets. I’ve got my own Twitter running on my Mac and on the PC we’ve got the Rinse one. I just jump on between tunes.

Where did you love going to for music growing up?
A lot of Plastic People. I listened to a lot of RnB, bashment and hip hop growing up so I’d go around to places that played that stuff. There was one place on Acre Lane I used to go to. I can’t remember the name now because it was always under new management and changed all the time. And there was another small one underneath Brixton Mass. Then there were bars that used to play RnB and hip hop like Pitcher and Piano. After a while I would go to places like fabric and really, didn’t hang around south London much.

If you need to get away from it all, where do you head?

I like bowlin’ and going cinema. There’s a place outside of south London called Purley Way. I’m a big kid, so I went to go see that new Transformers film there in Imax theatre in 3D. That’s the sort of stuff I do.

What role has London played in the evolution of your music?

London just seems to be like – everyone looks at London for the music and what’s changing and new and going on – and because I’m in the centre of it – my music has become more than just the genre – it’s molded into what I want it to be.

Want to win a copy of Roska’s Rinse: 15 mixtape? Tweet @lecool_london with your favourite chicken shop #roskalecool and it’s yours.