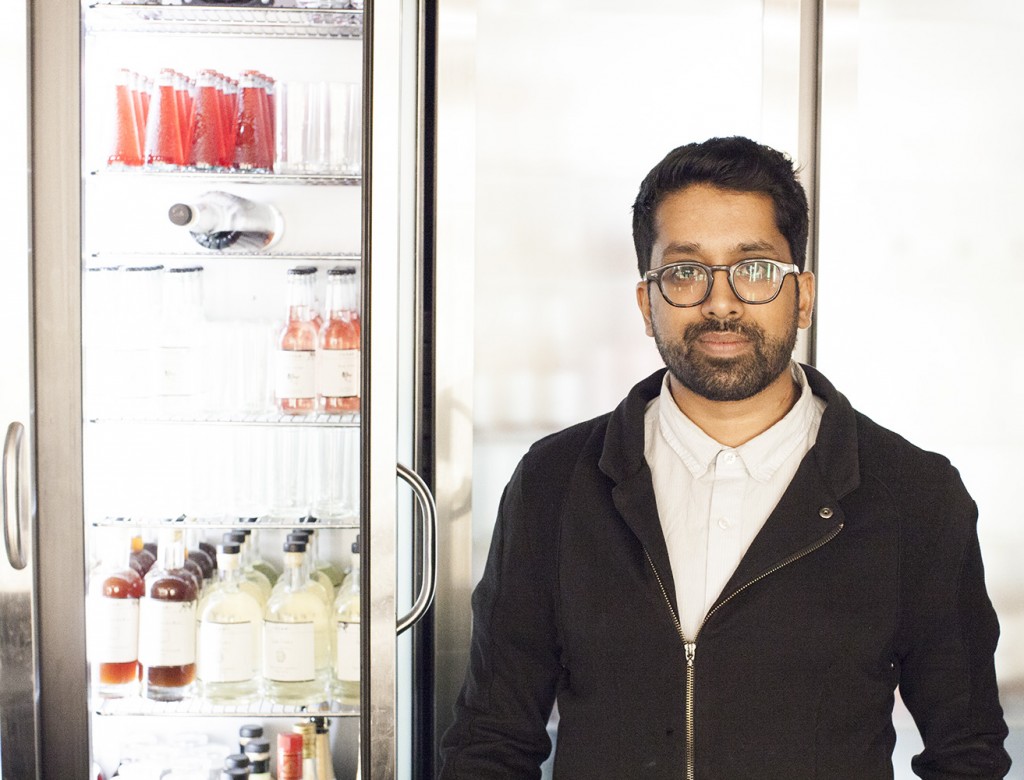 If you’ve been to the recently opened White Lyan on Hoxton St then you’ll know what this place is about. If not, then read on as Josh Jones chatted to him about his brand new project. After working at the likes of Bramble, 69 Colebrooke Row, Purl, The Worship Street Whistling Shop, Death by Burrito and Morgan’s Hotel Group he’s opened his own place with a ground-breaking concept in the drinks world. Stocking his own-brand Mr Lyan bottled and pre-mixed cocktails, he can boast that White Lyan is the only cocktail bar in the world using nom-perishable items.

You’ve worked at some of London’s most fashionable spots, what made you decide the time was right for you to strike out on your own?
I’d loved working with other concepts, and I was very lucky to work with some incredible people, and have the opportunity to express many different creative ideas, but I was still bound by the concepts that surrounded these bars. I felt frustrated by the continued reliance on the status quo. There was little opportunity to really question, and address the problems inherent in working with an industry and medium that is quite ancient. I was very excited by my idea, and I felt it fit the current landscape, so I was very keen to get it started!

Why did you decide on this concept?
The concept allowed me to focus on two aspects I love about this industry. The first was the people. I’d been working with many amazing people over the years, and shelved many aspirations to work on exciting things with many people and my own project allowed there to be a platform to develop this. The other people were the customers – the social aspect of bars was what made me initially switch from kitchens. This bar allowed me to address what I saw as the most important aspect of a bar – hosting people and creating an environment (including the drinks) that would help them have the best night they could.
The other part was control. I love the world of food and drink. This concept was designed to allow us to explore this world, and create something where we could control and be happy with every element. By stripping right back to zero, we could build things up in our own way. Not saying each cocktail was necessarily made by the best way of doing things, but saying what we did create considered every aspect, and we were presenting the version we wanted.

Most people would be a bit like ‘pre-made cocktail mixtures pshhhh. But it’s more complicated than that right?
It’s actually the most complicated cocktail program I’ve ever designed! The pre-made aspect is only one part of the conversation. It’s merely the mechanism. I describe it more like a kitchen. No chef cooks your food on the spot. The mis en place is in place to make sure you don’t wait an hour for your food, and to ensure there is consistency and the utmost quality. We do the same.

How does it all work?
We prep all the ingredients during the day, then finish drinks on the spot. There is still very much a sense of theatre though and it reinforces a desire to make sure the drinks creation process is as streamlined as possible. The focus is on the drink and the customer rather than flashy service that detracts from the aspects of the bar that really matter.

How much testing went into this?
A tremendous amount. The project has been 2 years in the making. Each drink was tested through every permutation; recipes, combinations, dilution, temperature, the arc of the drink… And every variation on the above! But it did also allow us to control every element so it was a huge learning experience. We also collaborated with friends who could create wonderful things we simply would not have been able to make, so it added an extra twist to every tale.

Is White Lyan really the only place in the entire WORLD that does this?
It would appear so!

I have one final questions from our good friend Hannah Lanfear:
“What’s your desert island whisky? Except it wouldn’t be a desert. It would have to be a polar ice cap. Because obviously if you were on a desert island you’d be drinking daiquiris. Assuming you had a supply of ice. But you wouldn’t want them.”
Hey Hannah! I absolutely would be drinking daiquiris on a desert island! Polar ice cap whisky though – 1964 Bowmore fino cask (the first edition). It is without doubt the most incredible thing I’ve ever tasted. I believe Whisky has the greatest range of flavours of, well anything, so I have a short list of favourites that it would be very sad to say goodbye to, but if there was only one (and I had lots of it!) this would certainly be it.