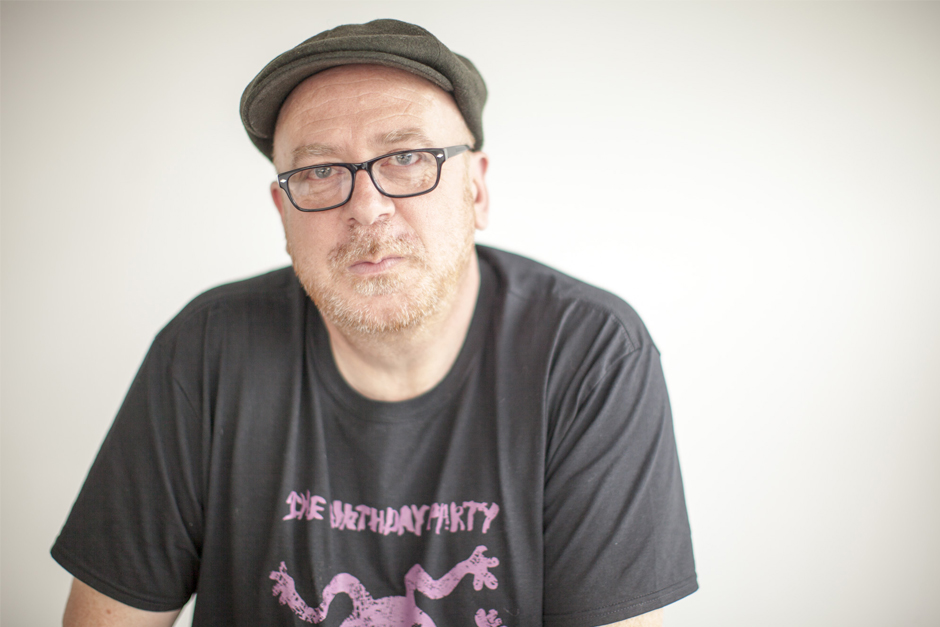 Simon Raymonde is the founder of excellent indie record label Bella Union, home of the likes of The Flaming Lips, Beach House, Dirty Three and Fleet Foxes and, along with Robin Guthrie and Elizabeth Fraser, was in arguably one of the UK’s most influential bands of the last 30 years; Cocteau Twins. Josh Jones went to the label’s headquarter’s in London Fields for a chat on the comfy Bella Union sofas.

Do you ever meet people who think you’re just a label boss?
That’s a good question. I haven’t thought about it, but I’m sure that’s happened. Being a board member at AIM over the last few years and making statements about the industry for Music Week and things I get asked to do as a boss of a label, I suppose a lot more people do think of me as that. And that’s fine. I have just made a record recently, so maybe a few people will think ‘Oh that’s that guy who runs a label.’

le cool Editor Mat Osman asked me to ask you – in Cocteau Twins, did you ever know what Liz was singing?
Yeah! There’s this belief that Liz just sang total nonsense for 17 years. She really, really didn’t. I think a lot of her lyrics are completely understandable – most of Heaven Las Vegas is and most of the records following that. I suppose the problem is in the early days with records like Treasure and some of the EPs in between, she did use languages and she didn’t write traditional lyrics at all, she was using words and sounds. The early stuff is a lot harder to explain because it might just be a load of butterfly names or a load of Celtic words. The most amazing thing about Liz Fraser’s singing and lyrics is even on the records where all her records are complete English, they are like poetry but you’d struggle to decipher them because of the way she sings it. Her phrasing is really unique – let’s say she sang the word ‘beautiful’, other people would sing it in a metre that we would understand so you could understand that it was a coherent word, but Liz might sing that word over 30 seconds therefore losing its context and meaning to people and they just think she singing nonsense, but actually, she wasn’t.

Where’s your favourite part of London?
I love going to White Hart Lane, but I can’t stand Tottenham, it’s a really grim part of the world. When I was a little, snotty punk in the late 70s, I had my first ever flat in Earls Court. I worked in the Beggars Banquet Record Shop just around the corner from Earl’s Court Tube and that was my first job and that’s how I met Cocteau’s and the 4AD lot and thats’ kind of why I’m here. So, even though Earl’s Court is a really strange place and full of lots of people who don’t really come from anywhere, they just come to it, I did love that area – Kensington, Chelsea and the Kings Road was hugely important for me back in the day. Right now it’s like any other fancy pants high street and hasn’t got any character to it at all, but in the 70s and 80s it was amazing – watching The Clash play on the roof and World’s End and Seditionaries and the Viviienne Westwood area. It was a really cool spot to be a punk. I suppose I’ve got a real soft spot for that area.

I hear 4AD are re-pressing two Cocteau Twins albums – Heaven Las Vegas and Blue Bell Knoll?
I believe so. They can just go ahead and do that. That’s the annoying thing about that period – we signed a two or three page contract back in the early 80s both for publishing and recording that gives them rights to everything forever, forever, forever. We didn’t even have a lawyer. I get on fine with Martin Mills, he’s an empire builder, he’s a very shrewd, smart businessman, but we don’t have a particularly solid relationship as far as the old back catalogue goes because I think our records recouped pretty much the day they came out. With most bands nowadays you’d be lucky to recoup in 10 years. We recouped the day we released a record and I think when you’re 30 years down the line and you look back and you go, ‘these guys have done pretty well for us, 4AD might not well exist if it hadn’t been for that band.’ And I’m not blowing that out of proportion, that is fact. If it were me I’d go, ‘have your stuff now, we’ve made enough money out of it.’ Or if it wasn’t that, I’d offer to give it back in five years or give the digital rights or something like a golden handshake. Come on Martin!