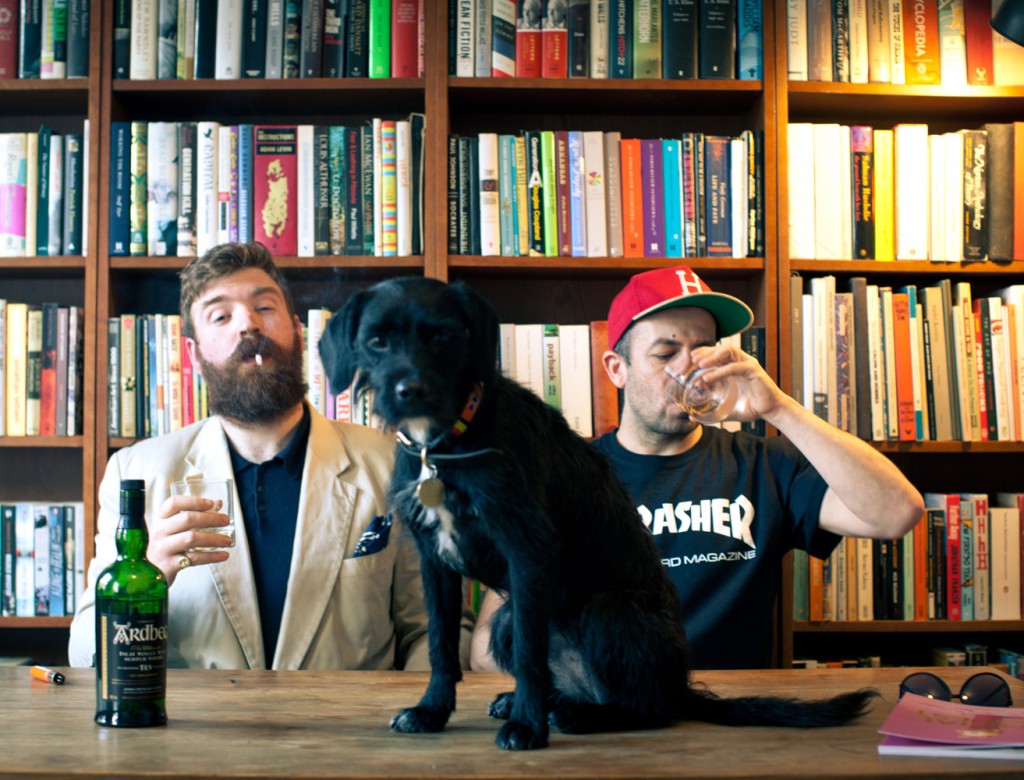 Paul Sethi and Tom Viney are the brains behind one of London’s newest and most exciting magazines. The Special Request launches tonight with an exhibition of its insides on Kingly St. It features the likes of Jessica Ennis’ favourite sandwich, Jonathan Meades, Sam Lipsyte, Coolio and many more and Josh Jones caught up with the pair to ask them all about it.

So tell me, how did you come up with Special Request? What’s it all about?
PS: We wanted to make a magazine that looked at the culture of food. One that looked beautiful and featured only the best writing.
TV: Paul phoned me. He said he was thinking about starting a magazine. 20,000 blazing arguments later, here we are. With a magazine… It started life as a straight food-mag, but that felt pretty reductive and boring. So now it’s a journal that looks at a new topic in every issue. Very forensic. As far as I’m concerned it’s a forum in which the people I rate most highly as writers and thinkers can get to grips with a subject in some detail. It’s also pretty weird, if you’re into that kind of thing. (We like the weird stuff.)

I heard you had 2000 Miss Piggy Pez dispensers for the launch. Your postman must think you’re a bit weird. How many have you eaten by now?
PS: We’re not stupid, they were delivered to my brother Marc’s address. He guards them with a Gollum-ish intensity. We suspect he’s eaten quite a lot.
TV: My postman’s a drunk. I honestly don’t care what he thinks. God knows what he’s doing with my mail. But, yeah, it doesn’t matter anyway because we had them delivered to Marc’s house. I’m pleased to report I haven’t eaten a single pez. Not one. Marc’s been gaining weight like a motherfucker though, so draw your own conclusions. What’s your favourite part of the magazine?
PS: The words and the pictures and the paper it’s printed on.
TV: The whole thing. There are no weak links.

What’s in your favourite sandwiches?
PS: Ham, 3 Cheese (Montgomery Cheddar / Fourme D’ambert / Gorgonzola Dolce) and Tomato. Lots of Mustard and Worcester Sauce. On my mum’s home made bread, grilled. (I’ve attached a pic. of one I made earlier)
TV: I’m a Banh Mi guy. Paté, grilled meat, kewpie, sriracha, pickles, coriander. The Vietnamese know what’s up. Honestly. That sandwich is… perfect. They’ve done something special there.

And the exhibition, tell us about the exhibition. What’s in it? How long does it go on for?
PS On showing our publication to a gallery owner he convinced us that an exhibition of the art featured throughout our magazine would be a wonderful idea. We agreed. It runs from Thursday to Monday at the MACH SCHAU Gallery, First Floor Unit 1.12. Kingly Court Off Carnaby Street. Carnaby. London. W1B 5PW
TV: Yeah. What he said.