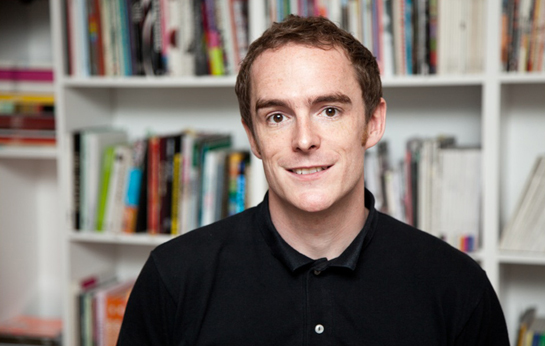 Steve Watson is the founder of Stack Magazines – a subscription service that sends you a different independent magazine each month – you never know what you’re going to get next, but you do know that it will be a brilliant independent magazine that you probably haven’t seen before. Josh Jones had a chat with Steve to see what’s going on

Can you explain what Stack is all about?
There are loads of amazing titles out there being made by small independent publishers, but people just don’t know about them. Stack tries to help with that by sending the best magazines direct to your door (for a bit less than it would cost in the shops).

How many people are enjoying Stack right now?
At the moment there are just under 1,000 active subscribers — we’re still very small, but growing all the time.

Has it inspired you to publish your own title?
Kind of. I’ve flirted with the idea in the past, but these days I’m lucky enough to work for The Church of London. They publish Little White Lies (a film magazine) and Huck (a surf, skate and snow magazine) and I head up their customer publishing work, making magazines for the likes of Google and PlayStation. We approach everything we do as if we were making an independent magazine, so I get to play with all sorts of fun editorial and design ideas without having to pay the print bill at the end of the project. I suppose the one exception to that came this summer when I edited a magazine in 48 hours at the Southbank Centre. It was a really fantastic experience, bringing together a group of strangers and seeing what we could produce in such a short amount of time. I knew in advance that it would be designed by Jeremy Leslie (from magculture.com), but aside from that it was totally open to who turned up over the weekend. It was stressful and bloody tiring, but by the end of the weekend we’d made a magazine called Makeshift, and I’m really pleased with it. A thousand copies were distributed around the Southbank Centre the following weekend, and you can see an electronic version here.

So can we find you perusing the odd ‘zine fairs and indie magazine shops? Where’s your favourite place in London to find publications?
Magma and Artwords are always really well stocked and generally nice places to be, but I like it when I find magazines by accident. There’s something lovely about being in a shop or a bar and noticing a magazine that you’ve never seen before. These days there are lots of people experimenting with newsprint thanks largely to Newspaper Club (who we used to print Makeshift). It’s relatively cheap and Newspaper Club’s service is amazing, so all of a sudden people can make their own magazines with pretty much no previous experience.

What’s next for Stack?
More of the same really. I get publishers sending me their magazines from all over the world, so there are always more titles that I want to send out. And Christmas is just around the corner now – lots of people give Stack as a Christmas present, so I’m expecting everything to go mad from November onwards. At least I’m hoping it does!