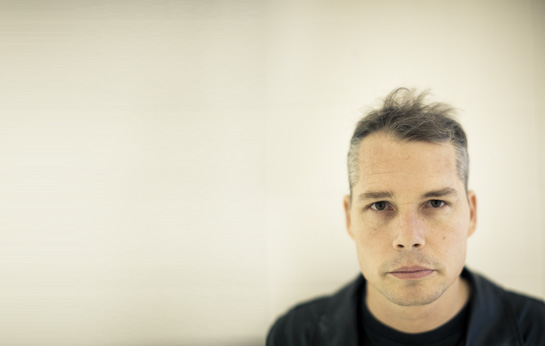 Shepard Fairey is quite simply one of the most famous street artists in the world. As well you know, he’s famous for all the Obey stickers you see in every town you go to, the Barack Obama ‘Hope’ image four years ago and of course one of the all time kings of wheat pasting. Josh Jones caught up with him for a chat while he’s in town with Sound & Vision – his second ever solo show in London at Stolenspace Gallery in Truman Brewery.

David Bowie’s song ‘Sound & Vision’ is the title for this show, what is it about him that inspired you?
I think that Bowie, first of all, is a talented songwriter, but he was very astute about understanding visual presentation and he collaborated with great people: Iggy Pop, Brian Eno and Lou Reed etc. I admire him on a few different levels, but really the title ‘Sound & Vision’ came from not just him, but my love of music in general. Not only my love of the visuals that go with music, but also the way I relate to the conceptual approach that music has. Which is to create something that draws the listener in viscerally in a very unpretentious, democratic way and then have the initial layer of lyrics that go along with the songs, the lifestyle and politics of the musician – the things that they choose to support or advocate. All of that I think is somewhat analogous to my approach to street art, which is very democratic, using my work to shed light on different things that I think are important, to critique things politically and socially. I try to make my work very accessible, not only to do things for free on the street, but also to make very affordable things like screen prints or stickers and t-shirts as well as doing more ambitious and time consuming pieces. Something for everyone is what I’m trying to do and I think that approach is more similar to music than it is to the art world, which is more about restricting supply to increase demand and is very elite and mysterious so a few gatekeepers tell the audience what’s good and what’s not good. I kinda want to bypass all of that.

How do you think London’s changed since your first solo show in 2007?
East London is really bustling and there’s more competition for space – there’s less derelict space. The flip side of that I guess, is there are more opportunities for street artists. I’ve done three pretty big murals and that was great, but all the posters at street level have been cleaned or gone over – I’ve actually had that problem in London since I first came here in 1999, but there’s more competition for space now and space is more precious than ever. But that’s how it is – I don’t get worried if something’s going to last two days, two weeks or two years. I just are that it’s out there and then people are gonna see it. It’s a busy city, thousands of people are going to see it if it’s only up for one day. It’s still really important to me to go out and do stuff in public. Things like the internet have made it so that something that’s only up in public for a short amount of time might still be seen by a lot of people but there’s no substitute for me for the excitement of stumbling upon something that you weren’t expecting in person. That’s something that I have always responded to when I’m walking around a city, and I presume other people respond in a similar way.

Are you comfortable with fame? ‘Exit Through The Gift Shop’ and the Obama Hope poster really thrust you into a more mainstream focus.
I guess there’s a lot of shit out there and a lot of people say what I do is shit, but I might as well be doing it and if I get attention for the right reasons then that’s great. Once you become recognised for certain things it becomes more difficult to get an honest reaction. You become kind of a reference point and that can spiral off in weird ways. I certainly don’t feel overwhelmed by fame. Sometimes I feel overwhelmed by expectation – you know how every band works on their first album and then it’s hard to deliver at the same level for their sophomore album? It’s got to be turned around quicker and there’s more expectation and I sort of feel like I’ve been on my sophomore album, post ‘Exit Through The Gift Shop’ and Obama. I feel like it’s a little more daunting but at the same time I don’t think that visual art will have the same pop culture pressures as music. I’m 42 and feel fairly equipped to keep doing my thing and to understand the dynamics of the zeitgeist, but not be terrorised by them.

When you go into a Kinko’s do the staff panic that they haven’t got enough paper?
[Laughs] I don’t get recognised everywhere I go, but Kinko’s is a sort of sweet spot for recognition, so I send assistants. I love encouraging people and I love talking to people when they’re enthusiastic, but sometimes I just like getting the work done. Sometimes efficiency is more important – I have to delegate and send someone else so I don’t come across as rude.