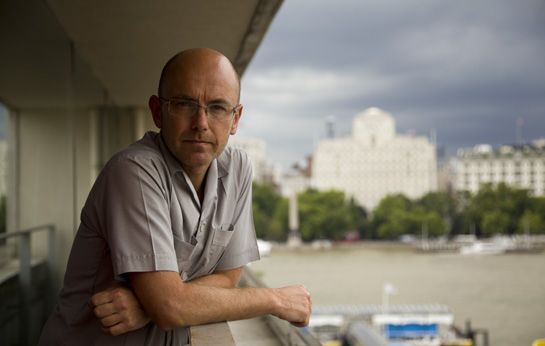 Half of the married duo behind Red or Dead, Wayne Hemingway revolves around his love of music, design and fashion. This weekend, he brings his Vintage by Hemingway festival, a cornucopia of the best of British, to the Southbank Centre

What inspired the Vintage Festival?
I have always had a passion for music, and have a massive music collection. Both my wife Gerardine and I started going to gigs from a very young age. I was going to all-nighters in Wigan when I was 13, as back then you didn’t need ID to get in. Having moved down to London with her at 18, I formed a band. We had children very young and they did everything with us.

The idea for the Vintage came from the years of us going to festivals as a family. One year I was DJing at a pretty big festival and it was absolutely pissing down with rain and the place was a shithole, but it was busy. It was so wet that none of the kids wanted to sleep in their tents so they came into our Winnebago and we sat talking. It was a Saturday night and the kids said they would actually rather have been out in east London, dressed up and dancing

I’d been thinking how everyone was there dancing but they were so dressed down and it felt dowdy compared to the club culture I grew up with in the post-punk years at the Wag club and Blitz, and then all the warehouse parties; that was such a fantastic time.

Do you worry about ‘vintage’ being overused as a term?
If ‘vintage’ were just a fashion, it wouldn’t still be growing after 30 years. People who criticise the concept of vintage are daft because it’s everything that modern society should embrace.

A couple of years ago, my youngest lad put on a La Roux CD and I remember disparagingly saying it sounded like Depeche Mode. Then I thought, You idiot, Wayne Hemingway, Depeche Mode were out in 1982, when he was minus 15 years old, why deny those beats to communicate with his brain? There’s that thing about a beat, from whatever age — being able to make your feet move.

You can’t be futurist all the time. When a new generation comes along, you can’t reinvent life, and if you try to then you are wasting all the good things that have happened before.

How do you use the space at the Southbank?
There are two elements: a large free section with events including an enormous car park turned into a marketplace with 200 vintage, upcycled and mid-century modern furniture stalls, the Vintage High Street, a food market and restaurants. If you want the music at the 13 venues, you need a wristband. There are vintage films at the BFI, at a few quid a time. Or you can get a wristband and get it all included.

What are you most excited about seeing?
I’m really happy with the quality of the dance music this year, we have three different black-music dance areas, including 70s soul, the wall-to-wall disco Style Studio, and the Warehouse: a space deep in the bowels of the Royal Festival Hall that has never been used as a venue before and is stunning. I’m also looking forward to the Soul Revue on the Saturday night, as the line-up is really good with real icons, and the Friday night electronic revue with Thomas Dolby, the godfather of electronic music, and a really good line-up.