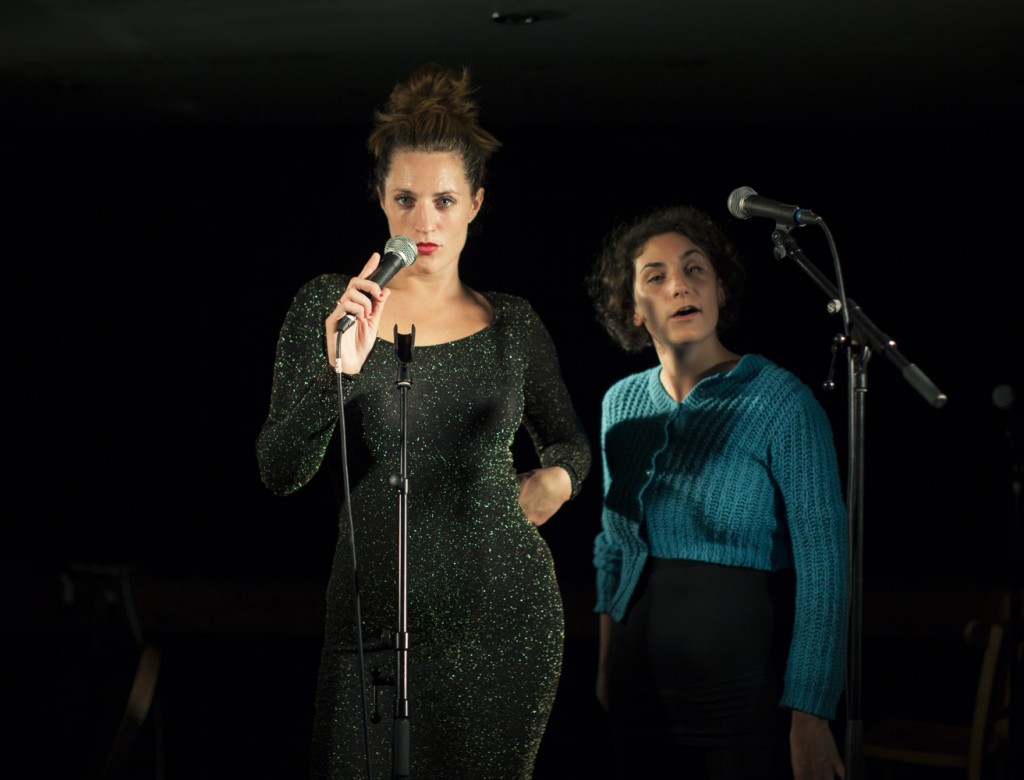 Well hello Twisted Loaf ladies, how the devil are you today? What are you up to?
Hi Josh Jones. Great. We’re doing just fine. Feeling tanned; not quite dropped the dress size of sweat yet but we’re heading that way.
We’ve been pretending to be slaggy mushrooms, desperate broccoli and feminist chick peas for a voice over today, which was immense fun… as you can imagine.

I”m imagining right now. What is Twisted Loaf? You’re not another fucking pop up artisan bakers are you?
Libby Northedge & Nina Ludovica Smith. Twisted Loaf is a fucking brand – we’re taking over the world. Hang on… Does that make us a type of bread? brand?

Are you stand up comedians? Are you comedic actors? What would you say you were?
Desperately seeking Susans. Our act is clown and character comedy… silly and rude with a bit of using our noggin. We’re both comedic actors too… specialising in animated vegetables.

Who’s the giver and who’s the taker in your relationship?
We like to mix it up… keep the spice in our relationship. We function as a married couple/sisters/mutual carers/childhood friends (without the childhood).This sounds very wrong. It’s not. It works.

Where are you gigging so people can come see you?
7-10th of August we are at The Camden Head 6:30pm for our debut 1 hour show. We’re then getting on the Megabus and heading up (that is a little lie, we forked out for a train up and mega death bus back) to the Edinburgh Fringe where we’ll be doing heaps of open slots until the 21st.
Monthly Mirth is a comedy night Nina runs at Bethnal Green Working Mens Club the last Thursday of the month so you’ll catch us there in September. As well as on every coffee table in every cool house from here (Tufnell Park) to Clerkenwell and beyond.
We crack out random gigs here and there so find out when and where via our Facebook page (we are slowly working on a website…slowly being the operative word).
We have our own way of doing things – Round the houses, up the street, oh! Who’s this? What’s that?.. Wherever we are though, we’ll always leave an impression.