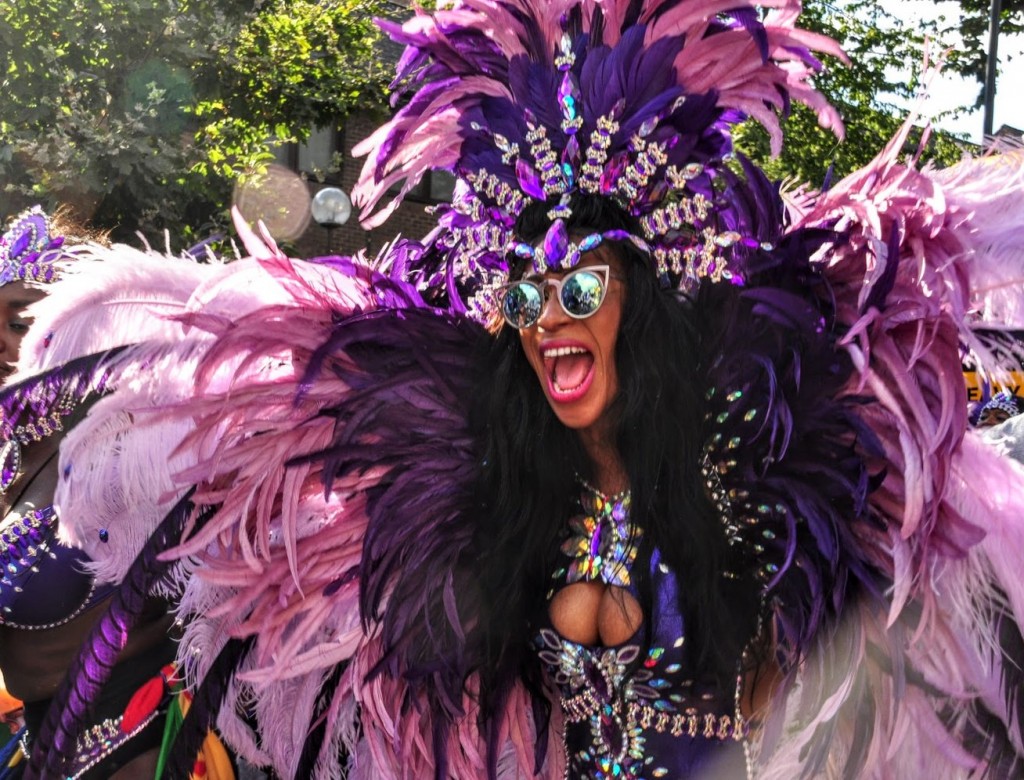 It can be hard for Notting Hill Carnival to live up to its cacophonous hype. With some estimated 2m attendees last year, its sheer size may seem disheartening, especially if you are not familiar with the area. There´s no reason to despair, all that´s needed is to be prepared. So, like a sequinned scoutmaster, let us guide you through the labyrinth of wonders that await you. Don’t forget your tail-feather. Panorama Steel Band Competition
The UK Panorama Steel Pan Competition is the largest of its kind outside of the Caribbean. Expect vivacious Calypso tunes from the UK’s best steel pan bands as they battle for the title of ‘Champions of Steel’. All proceeds from this incredible carnival warm-up go towards the participating bands so make sure to get a ticket and support the steel talents of the UK. The Sun Tavern
For the second year running The Sun Tavern has come to the rescue of East-Londoners wanting to celebrate carnival, but at a safe distance. The resident band will set the tone with infectious Reggae and Ska while guests help themselves to free jerk chicken, courtesy of Hackney’s Caribbean Kitchen. Enjoy cold, £2 ginger beers with extra elbow room.

Pro-tip: For the best jerk chicken on-site, head to the stand outside All Saints church on Colville Terrace.
Address: The Sun Tavern, 441 Bethnal Green Road, E2 0AN
Price: From Free
When: Sunday 26th August, 5pm – 2am Red Bull Music Soundstage
After two years away from the carnival circuit, Red Bull Music Academy is back with a grand party on Sunday, taking over the Emslie Horniman’s Pleasance Park. The RBM soundstage will bring a vibrant line-up of dancehall, afrobeat, bashment and more, featuring artists such as Dre Skull, Spice, Stefflon Don, Lil C and Serocee.

Pro-tip: If you miss them on Sunday, make sure to check out their float as they team up with acclaimed steel drum band, Mangrove, for the parade on Monday.
Address: Emslie Horniman’s Pleasance Park, W10 5DH
Price: Free
When: Sunday 26th August, 12pm – 7pm Stevie Wonderland
Venture through four floors of soul, jazz, afrobeat, house and more as Bussey Building delivers a magnificent after-party set to last way past dawn. Romare, Auntie Flo and Mr Mendel are taking over room 1 while So Flute is hosting room 2 and it’s bound to get wild. Get your tickets here. So Fresh So Clean at Paradise
As carnival eventually slows down, after-parties spread through London like wildfire. Most of them require sharing a tube ride with 2 million exuberant strangers and their various odours. Thankfully, Paradise is just up the road in Kensal Rise, so no need to venture east of Eden. The esteemed West London nightclub will be banging out old-school hip-hop and RnB from the 90’s and noughties until the wee hours on Sunday night.

‘Do What Moves You’ is an appropriate mantra for carnival and, coincidentally, the slogan for Bacardi’s Europe-wide music tour. Promising a ‘sound of rum’, CASA BACARDI is taking over the Powis Square Stage on Monday afternoon, hosting a mystery line-up, to be announced on the day. With this added intrigue, be sure to grab a drink from the Bacardi bar, then stick around and wait to see what moves you.