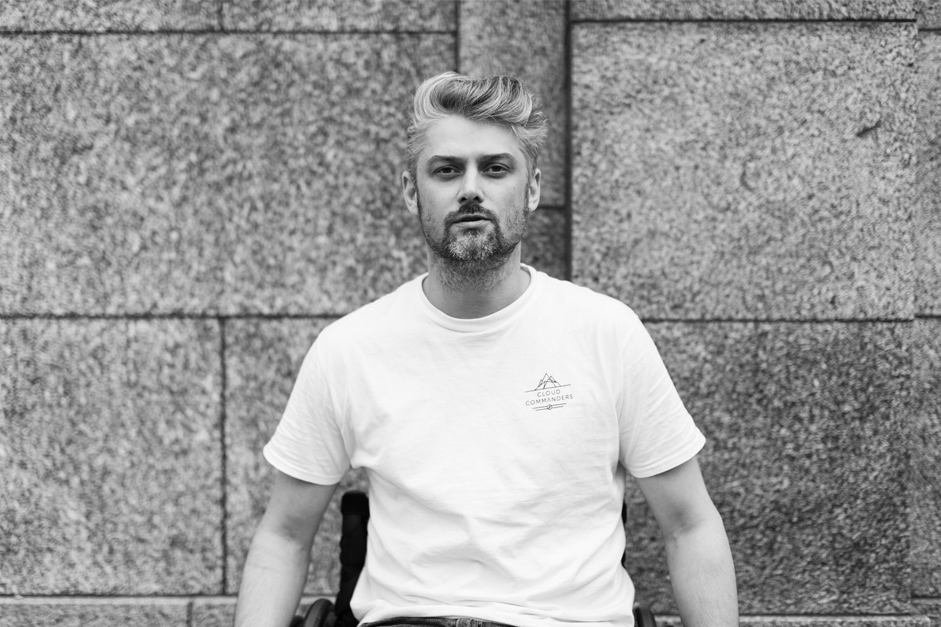 You’ve probably seen Will Pike’s mug on one of your many screens recently. His excellent video for his Change.org petition to stop businesses, especially shops and restaurants, segregating disabled people has gone truly viral – closing in on a million views – and also saw him land on the sofa of Good Morning Britain this week too. Please take a minute to check it out. Josh Jones caught up with him for a chat.

Have you heard back from any of the businesses featured in your film?
Kinda – the Independent got a note back from Café Nero, which was the classic corporate spiel: “Café Nero endeavour to blah blah diversity blah blah equality” but then I got a phone call from this really nice woman who’s on the Café Nero board who said she’d been trying to get in contact with me. I did kind of believe her because she said she’d already had a phone conversation with another Will Pike who’s also disabled but lives in New Zealand. She said she’d seen the film, she was shocked, really embarrassed and that they really needed to do something. She said she was really disappointed because there is actually a temporary ramp in the actual Café Nero we visited in the film and the staff didn’t know. For me that’s part of the problem – the use of a ‘temporary’ ramp. If I have to wait for someone to fumble around with a really heavy 20kg ramp while they put it up then I just get embarrassed and want to go home. It’s like waiting for the bus on a Monday morning, it’s full of people, the ramp beeps out, which takes an eternity and then breaks. Then the entire bus gets emptied and you hear people saying on their phones that they’re late because some disabled guy was trying to get on. A temporary ramp isn’t the answer – a permanent in-built ramp is if you can do it. And then think laterally about what else you can do to make it even more assistance free. For example, with the Café Nero in the film, not only was there a big step but there was a closed door without any form of knocker or bell. I just had to rap my knuckles on the door!

I remember being in Paris and the café proudly boasted it had disabled facilities. But they were down three flights of stairs.
That happens all the time – I find it with posh hotels. Whenever I’ve tried to book somewhere for me and my girlfriend to treat ourselves, I’ll ring up and ask if they have accessible rooms. They’ll say the room is accessible. But you have to go up a few flights of stairs. I get that the actual room is all one level, but the stairs make it kinda difficult to get to. It’s just the level of lack of consideration that is just rife.

So did any one thing make you go and actually make the video?
The Paralympics Superhuman ad came on the TV, which was epic and an advance on the previous one they did for the London Games and included people in everyday life but it was all under the premise of ‘Yes I Can.’ I was like actually, no I can’t. So I came up with this whole ‘No I Can’t’ proposition but felt that was too embittered, so it needed to be ‘Yes I Can, If’. Then through talking with my girlfriend and Hayden who produced the whole film we came up with the notion of using the upbeat, recognisable music from the Paralympic ad but overlaying a whole new set of vignettes of a day to day parody, which shows that yes, I can, if I have all the confidence that’s in the film but also if society has accommodated me in all the ways I need to go about my day to day business independently and assistance free. The team who helped film it were just amazing, it turned out so slick! We ended up with a film with a good idea, great motivation behind it and a really nice polish. Suddenly it was shareable and it was brilliant.

What to do you want to achieve with the petition?
Part of it is about affecting change with those specific stores, part of it is about increasing global consciousness about the whole issue, part of it is about perhaps putting pressure on the people who create legislation around what needs to be done, and there’s this term I used on TV this week, which is that people are doing the bare minimum. The bare minimum is a temporary ramp, or a retro fitting but it also prevents people from thinking creatively about what they can do – maybe if they can’t give 100% access they can provide certain services and most importantly show consideration, because that’s what makes people feel awful, shoots their confidence and stops people going out. Forget the economic reasons behind it, we’re talking humane reasons and that’s what we should be concerned about.

Check out the petition here