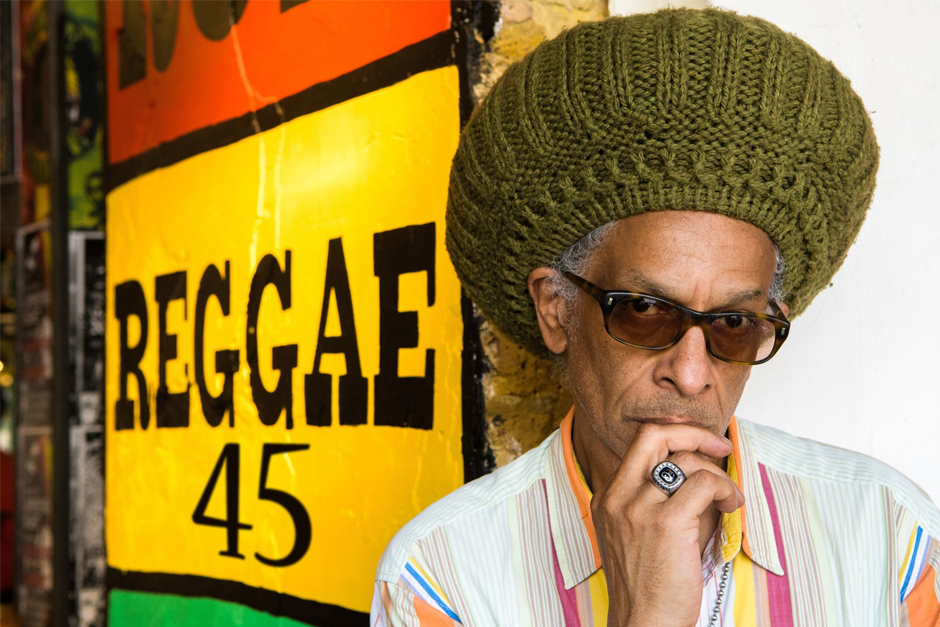 Grammy award winning, punk documentary directing, BBC 6Music presenting, Glastonbury artist and all round musical magician, Don Letts is a bit of a legend. His ‘Reggae 45’ podcast is returning to our ears, and the first episode is all about 50 Years of Trojan Records – give it a listen here.

Hi Don, how’re you doing?
I’m alright, just running around a bit, just got back from Berlin yesterday.

You’ve got a new series of your podcast out, can tell us a bit about it?
It’s my tribute to celebrating Trojan’s 50th anniversary. They actually soundtracked my becoming a teenager, and I guess it was Trojan that really started my lifelong love affair with reggae, to be honest. I mean, Trojan was launched in 1968, but that was the same year that I turned 12, so when it kicked off with all the hit singles in the charts, I was 13, 14, 15, when all you’re thinking about is music and clothes and girls, so a tremendously big part of my life.

Do you see any new trends that you think will be as significant as reggae coming out of the Caribbean?
Jamaica’s gift to the world was bass culture. Over the last 60, 70 years that’s become part of the fabric of popular music, informing all kinds of things, whether it be two-tone, jungle, to dubstep, to grime, all these things owe a debt to soundsystem culture and Jamaica’s gift to the world was.. bass. So it’s an inherent part of contemporary music, you know what I mean? You might well hear another genre come out, what it’s going to be called, but it might well or might not have a connection to Jamaica.

Have you ever found anywhere where people don’t particularly like reggae?
Not that it’s ever come to the forefront of my mind but the answer I guess would be no. It’s pretty amazing that this music that is from a tiny little island has somehow managed to have this global impact on the furthest reaches of the globe. In Europe, reggae is absolutely massive, bigger than it is here. Across Europe in the summer there’s probably like a hundred reggae festivals. There’s only two in England. In England it’s become part of popular music generally, but in Europe they’re into their original rootsy reggae.

Are there any other musical scenes that get you excited at the moment?
I’m not really looking for scenes, I’m just looking for good music. My answer to that would be listen to my radio, because every week a quarter of my show is brand new music – if you’re a radio broadcaster you’re duty-bound to help move things forward. You can’t keep playing the tried and tested. So what I’m saying in a nutshell is that yeah, there’s always something that floats my boat, but I’m not really looking for scenes and genres.