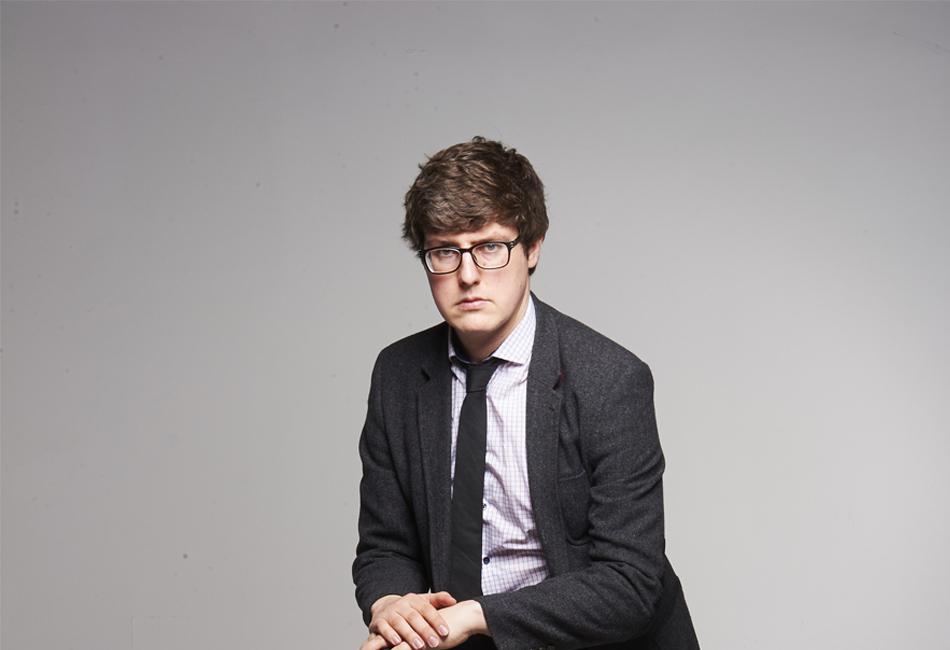 When stand up comedian Glenn Moore’s show, Glenn Glenn Glenn, How Do You Like It, How Do You Like It was nominated for an Edinburgh Comedy Award at the iconic festival this summer there was only one thing for it… to bring it to the Soho Theatre in November. When we heard the news we thought we’d ask one of UK comedy’s brightest talents some questions about his life.

Hi Glenn, how are you?
I’m great thanks – I’ve just done a tidy up of my room and found last year’s advent calendar with four unopened days. Dare I?

It’s a risky one. Go for it. With your latest show at getting nominated for an Edinburgh Comedy Award, do you feel you’ve levelled up as a comedian and therefore can sneer at those beneath you/expect them carry your bags/act like a benevolent uncle?
Well, the first five gigs I had upon returning to London involved me dyyyyying hard in front of really apathetic audiences, so absolutely not. If only.

Will you be expecting invites to be on I’m A Celebrity etc now?
I can neither (I haven’t) nor deny (can’t stress that enough) whether I’ve ALREADY (again, I haven’t) been booked to appear (nope) on it (why lie about this).

What’s closer to your spirit Glenn, Glenn: Glenn Hoddle or Glenn Close?
It’s a tricky one, because on numerous occasions I’ve been sacked as England manager for making offensive statements, but I’ve also lost count of the number of times I’ve been shot by Michael Douglas after a lengthy stalking spree. If we’re going by hairstyle, Glenn Close hands down.

If Maroon 5 pulled out of their Super Bowl half time show and the NFL asked you to fill in with a UK comedy tag team (of which you’d be captain) who would you bring along for the hour long show? This could happen.
Mr Blobby. Mainly because it would be new to nearly every American. It’s mad that about 99% of the world’s population have never heard of Mr Blobby. Imagine the papers the next day. The Super Bowl halftime show. Unannounced and instead of Maroon 5. Mr Blobby.

You’ve mentioned on Twitter that you’re a nephew to three gorgeous uncles. Which uncle is the most gorgeous?
It’s not tricky: Eric’s too much of a drunk (druncle), and sure, Peter’s fun (funcle) but Richard is an absolute hunk (huncle). I’ve made up all of these uncles.

You’re bringing your show to the Soho Theatre. For those who weren’t in Edinburgh, what can they expect?
A screening of the 1986 British-American fantasy blockbuster Highlander, that cuts off after 60 minutes when my show time ‘officially’ comes to an end.