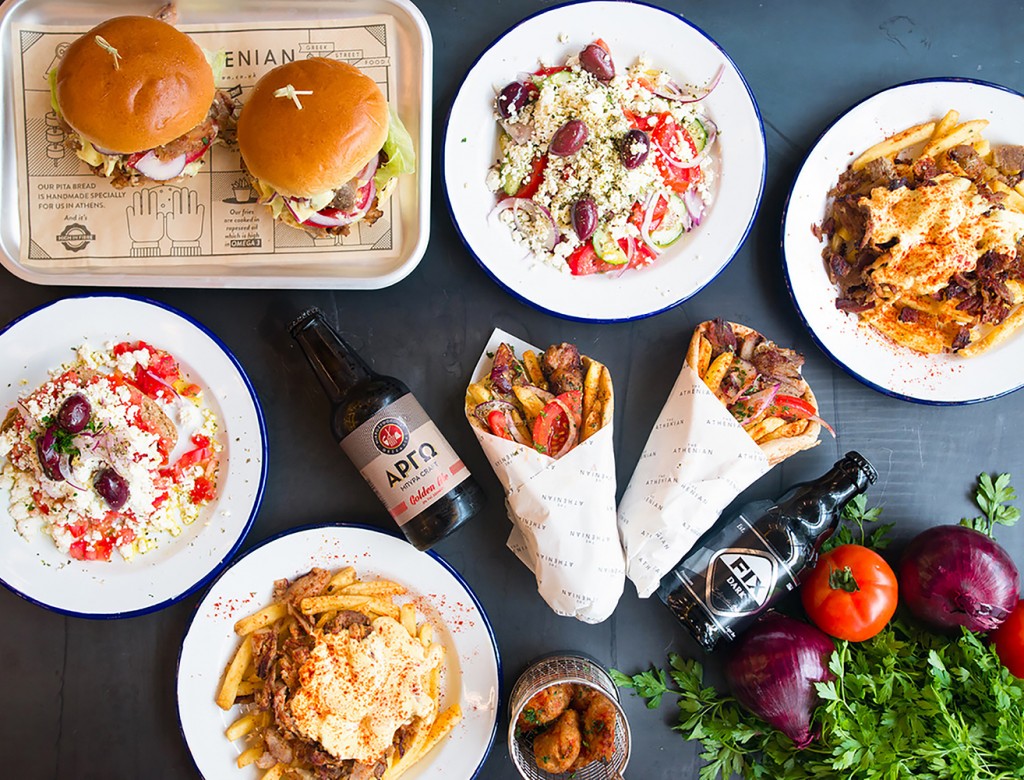 Summer may be sputtering out, but as far as I’m concerned we can enjoy the Mediterranean culinary delights until minced pie season is well and truly underway.

The people behind The Athenian know a thing or two about proper Greek street food – we’re talking souvlaki bursting with chips, the ultimate carb explosion – and they’re quietly spreading across the city, ensuring that those with the hankering for a tzatziki have their needs met.

We recently checked out their outpost in Shoreditch’s Box Park – and, despite a slight issue with a faulty buzzer (every hangry patron’s worst nightmare), we managed to sample some greek wrapps stuffed with nicely seasoned chicken, chips, halloumi and their secret Athenian sauce (whatever it is, its delicious).

They’ve also got places in Victoria, White City, Elephant and Castle, the Southbank food market and a newly opened spot in Tooting.