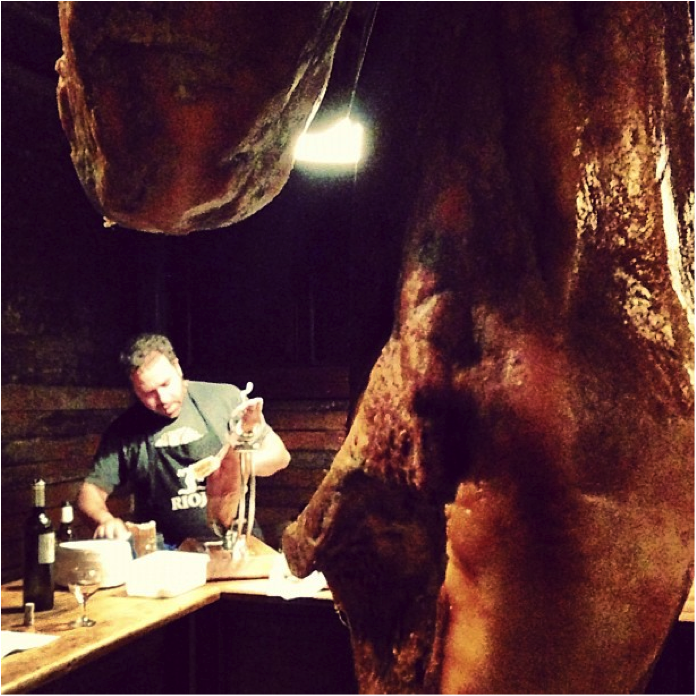 Tozino made their debut at the Tapas Fantasticas festival in 2011. Zac Innes and Chuse Valero, both former employees – and students – of the Brindisa restaurant family, simply popped open a table and started carving. The table was adorned with nothing but their meticulously sourced Aberico Jamons. In January 2012 they became a permanent, and wildly popular, feature at Maltby Street Market. The stratospheric rise of this, one of London’s youngest street markets, is no better encapsulated than by Tozino themselves. Ten months after their Maltby street concession opened, they moved into the permanent, and infinitely warmer, confines of the Lassco arches. Now open Wednesday-Sunday, Bar Tozino, along with Jose and Pizarro on Bermondsey Street has surely catapulted Bermondsey past Hanbury Street as London’s unofficial Little Spain.