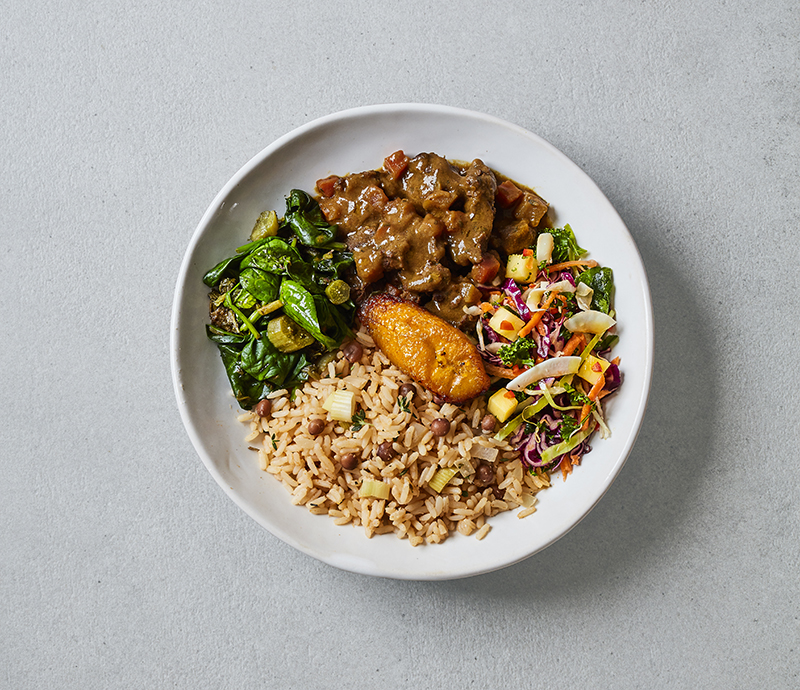 We are super excited about Baygo landing in the City. Why? Because this bright and casual daytime spot is offering up a variety of tastes from across islands, not just Jamaica, which has come to be synonymous with ‘Caribbean food’ in London. Normally you’d have to dig a little deeper and head a bit further out to find some nice Bajan spice or channa-packed Trini rotis. Restaurateur Chris Morris and Exec Chef Hasan De Four first found success in Limehouse Asia – a four-story eatery bringing the lime and the flavour to Singapore’s Keong Siak Road before opening up Baygo on Eastcheap. We loved the (boneless!) curry goat pot and how it comes packed with hearty raw vegs for a dose of health. The roti was also too good – with steaming curried chickpeas and potatoes cut with tangy kuchela (mango chutney) – yes. We were already halfway through the fries and aioli before realising they weren’t even potatoes but instead cassava, and baked! There are also plenty of veggie, vegan, gluten free, carb free options (plus breakfast) just check the menu.  This is a lunch option that has been missing from London’s fast and furious 1pm food scene. We can only hope to see it grow.