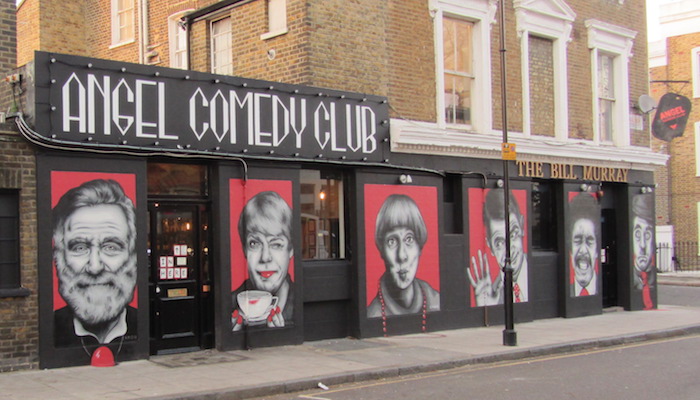 After outgrowing the room above the Camden Head boozer, Angel Comedy Club have a new permanent home, in the form of Bill Murray. Well, The Bill Murray – a pub in Islington formerly known as The Mucky Pup. And it’s here that you can find an eclectic range of free comedy shows, workshops and improv 7 nights a week (whilst still being a fully functioning pub). The programme features everything from TV headliner and critically acclaimed acts to carefully selected comics from the open-mic circuit.

The even better, more exciting thing about The Bill Murray is its origin story. It is in fact London’s very first community comedy club, thanks to over 1000 Kickstarter backers who donated £46,000 to see it open. Local, friendly and professionally run with a load of free shows to make us smile – London needs more places like this.