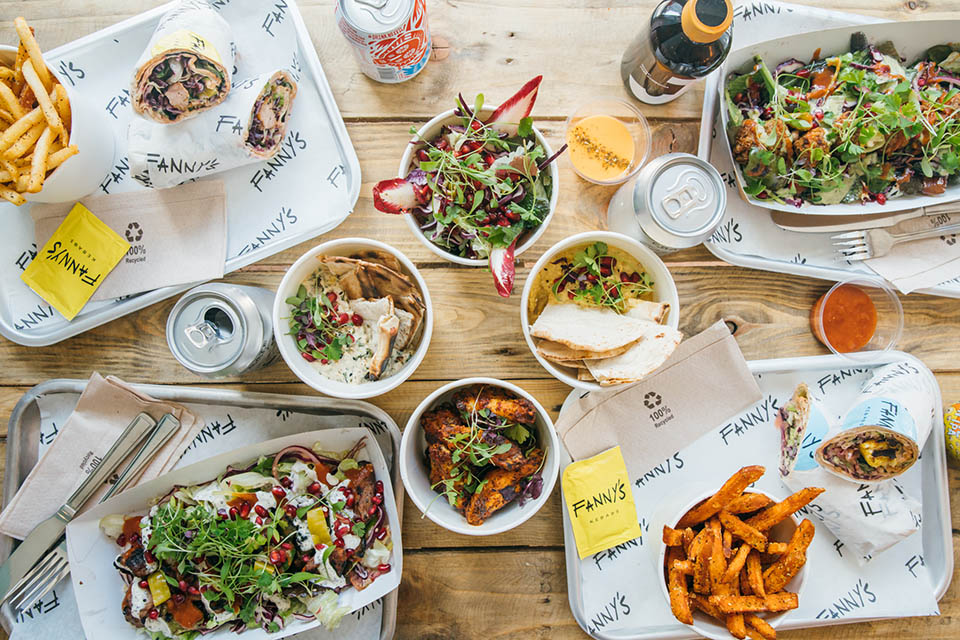 First there was a record-breaking crowdfunding campaign (raising £150,000 in 17 minutes) and then a sell-out pop-up at The Sun & 13 Cantons pub in Soho. Now kebab joint Fanny’s has found a bricks-and-mortar site on Stoke Newington High Street, decked out like a chic beach shack with bare brick, wooden panelling and an altar-like marble bar counter. Décor is as poshed-up as the kebab menu; skewered meat is cooked on a Japanese robata grill for a robust smoky flavour, then served in a classic wrap, rice box or salad. Tender and generous chunks of lamb, zesty pickles and fresh-from-the-oven flatbread made for the kind of kebab you’d hanker after in the middle of the day, not just post-lash. Sides were stellar too: succulent harissa wings, thick-set baba ganoush and dangerously moreish za’atar and sumac fries. Here the usual thickening agents in sauces are replaced with agar seaweed derivatives and you can truly taste the difference. Run by trio Claude Compton (of Claude’s Kitchen), James Morris and Jacek Bilinski (who runs the Tommy Tucker pub in Fulham), this is a carefully thought-out operation doing genuinely delicious food. The plus? With a selection of organic wines and craft beers, it’s the kind of space you’ll want to hang out in long after you’ve snaffled the last fry. Megan Carnegie