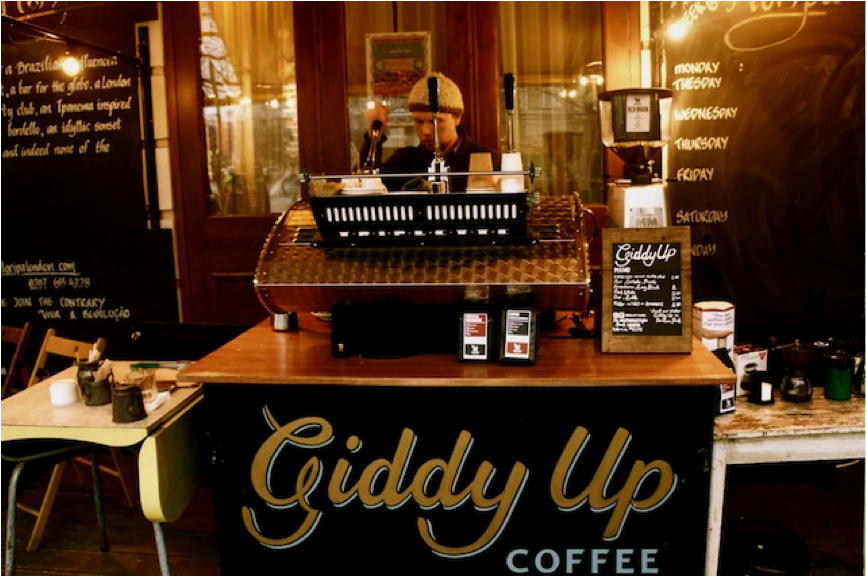 It takes  a lot of guts to open a coffee concessionary within spitting distance of Prufrock @ Present. But that didn’t stop Lee Harte and co when, back in 2011 they set up camp behind Floripa on the corner of Great Eastern Street. What’s more, they promptly corralled half of Prufrock’s fan base. Two years later and this remains one of the best coffee spots in London. Recent additions may even push it to the top of the pile. The D.I.Y. brew bar, also pioneered by Dunne and Frankowski, allows the customer to get inside the art of coffee making. Lee is a firm believer in the demystification of coffee and will impart his considerable knowledge to anyone who cares to listen at the drop of a hat. /Sam Frankl