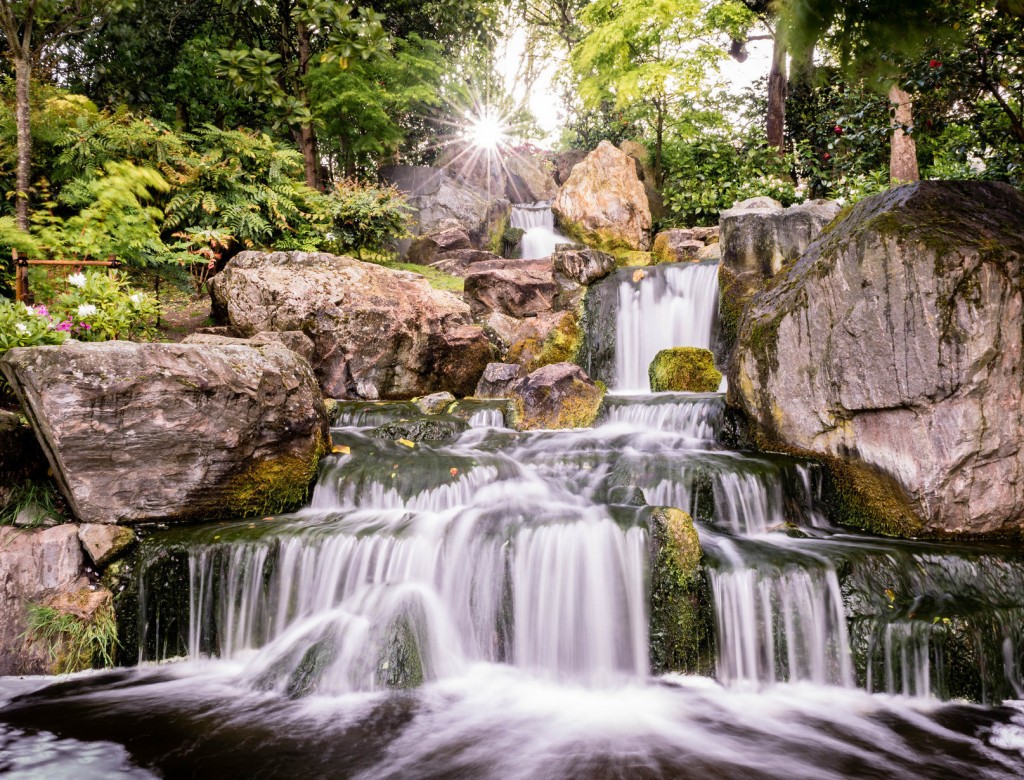 Does the idea of a perfectly designed Japanese garden in the middle of West London seem a bit absurd? In many ways it is. The Kyoto Garden in Holland Park has a beautiful waterfall that flows straight into a large pond filled with fish. The pond is surrounded by peacocks left to roam freely in the park alongside sun bathers and dog walkers, and there’s a picturesque bridge at the foot of the waterfall. It’s a remarkable sight and the perfect spot to come to read and rewind.

The garden was opened in 1991 as a gift from Kyoto to commemorate the long friendship between Japan and Great Britain. And the park itself also has an interesting history, at the centre of it a Jacobean mansion, Holland House, named after the Earl of Holland who’s wife was the first person in England to successfully grow dahlias.