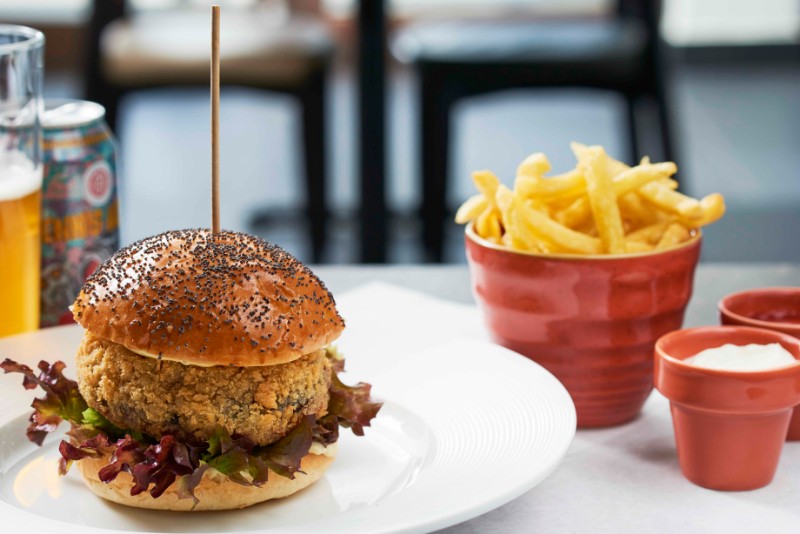 Clapham hangout Fu Manchu has a trick up its sleeve (or, should I say, railway arch). Since the beginning of November, it has been hosting The Meet: an exciting vegan pop-up that oozes comfort food and deserves multiple visits.

Top pick from the small plates is Give Me Wings, which comprises heady bourbon, maple and siracha glazed cauliflower florets, topped with a scintillating ‘blue cheese’. Mains are equally as appetising, with the beautifully named What a Mess. Not so much a mess as a masterpiece, this is a delicious black bean, plantain and jackfruit chilli served with chips and cheese, topped with labneh and pico de galo.

The cocktails (which are vegan, of course) include stalwarts such as the old fashioned, alongside kooky delights such as the rhubarb and vanilla custard martini. For me, this martini was my top pick of the drinks. It’s decadent, delightful and a great way to top off a delicious vegan meal.