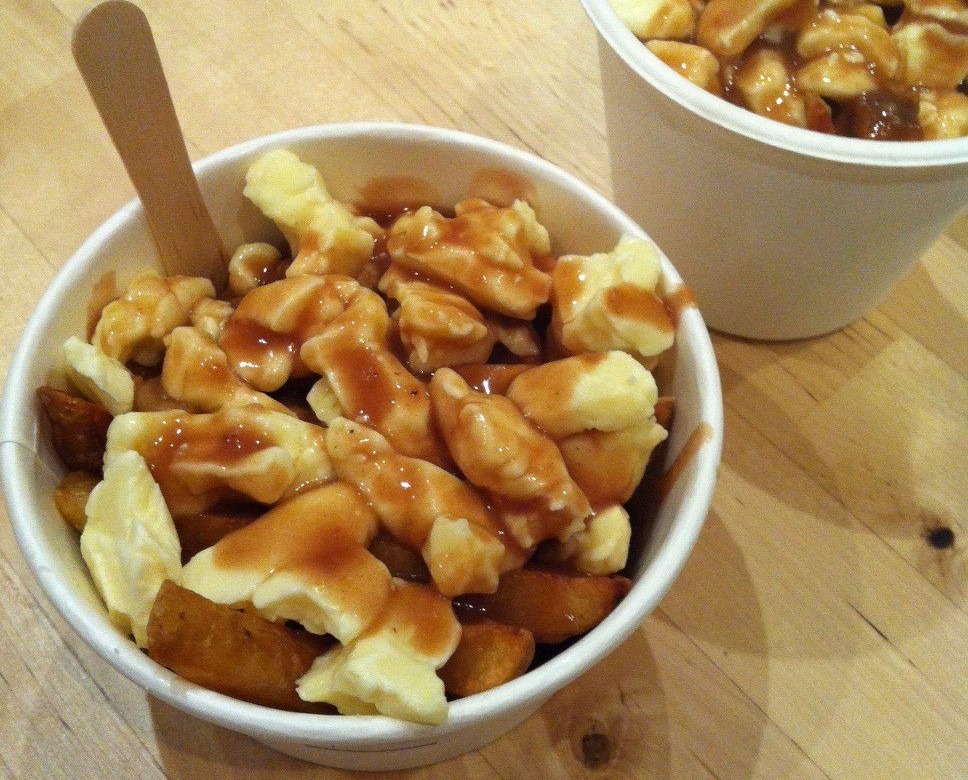 Where?
The Schoolyard Market, London, E8 4PQ View Map
?When 
Where?
The Schoolyard Market, London, E8 4PQ View Map
When?

London’s disinterest in poutine is baffling. How can a town that happily tops chips with curry sauce and has aah! Bisto-ed its way through the ages turn a nose up at Quebec’s finest culinary export? It’s bonkers. This is all about to change because the dish, made up of fries, fresh cheese curds and gravy, has landed in the schoolyard off Broadway Market and won’t be going away anytime soon. P’tite Poutine comes to us from Anya Nikoulina and Amy Baker, two Canadians who, after two years in London, decided enough was enough and have taken it upon themselves to change all of your minds. She’s set up this small but mighty stand at the regular Saturday market and offers poutine made with double fried chips, real curds sourced from an English farm and veggie gravy with a red wine reduction. Six weeks in and they were selling out before anyone else around them. Get down early to avoid missing out.