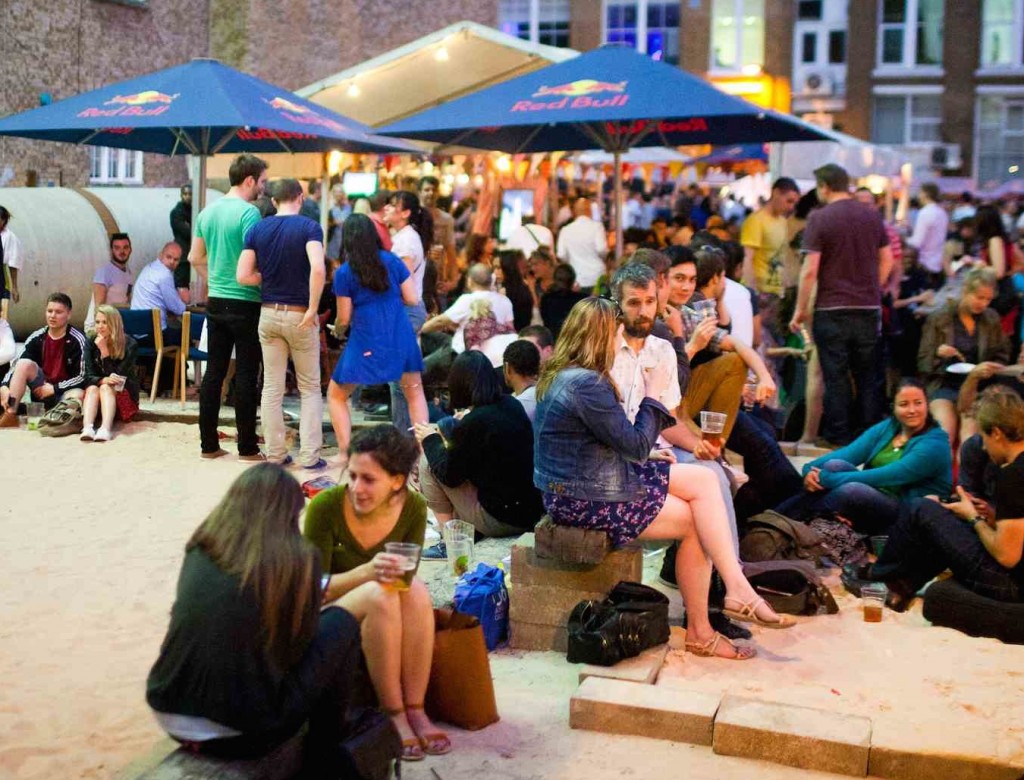 You’re never too old for a sand pit. And it’s never too early for an Aperol Spritz on a sun lounger. These are two undying facts of life. They also happen to be the unique selling points of Red Market in Shoreditch. In the world of outdoor street markets, meet the grandaddy. Red Market has been plying its trade since the dark ages of 2011, in foodie years; decades. While the competition has swelled, Red Market has simply carried on doing what it does best. There are certain benefits to arriving at a concept first, this particular early bird’s worm is the location. There is not a street food market in London that wouldn’t trade places with Red Market in a heart beat to lay their hands on this sacred lot of land off Rivington Street. This is the spiritual heartland of London’s street food scene. Current vendors include the indomitable Voodoo Rays pizza, Love Smile Jerk and Bare Bones Cue. Bare Bones Cue deserves special mention for achieving a feat that our jaded pallets no longer thought possible; they surprised us with a pulled pork bun. The surprise? The sauce; orange pop. Orange pop is a homemade BBQ sauce made with Fanta. That’s right, you thought you’d seen it all. And that’s how, siting on the sun loungers in the fake beach, drinks in hand, we discovered one of the summers most unlikely and enjoyable combinations: Pulled pork with Fanta sauce, Aperol and a hole mess of imported sand.