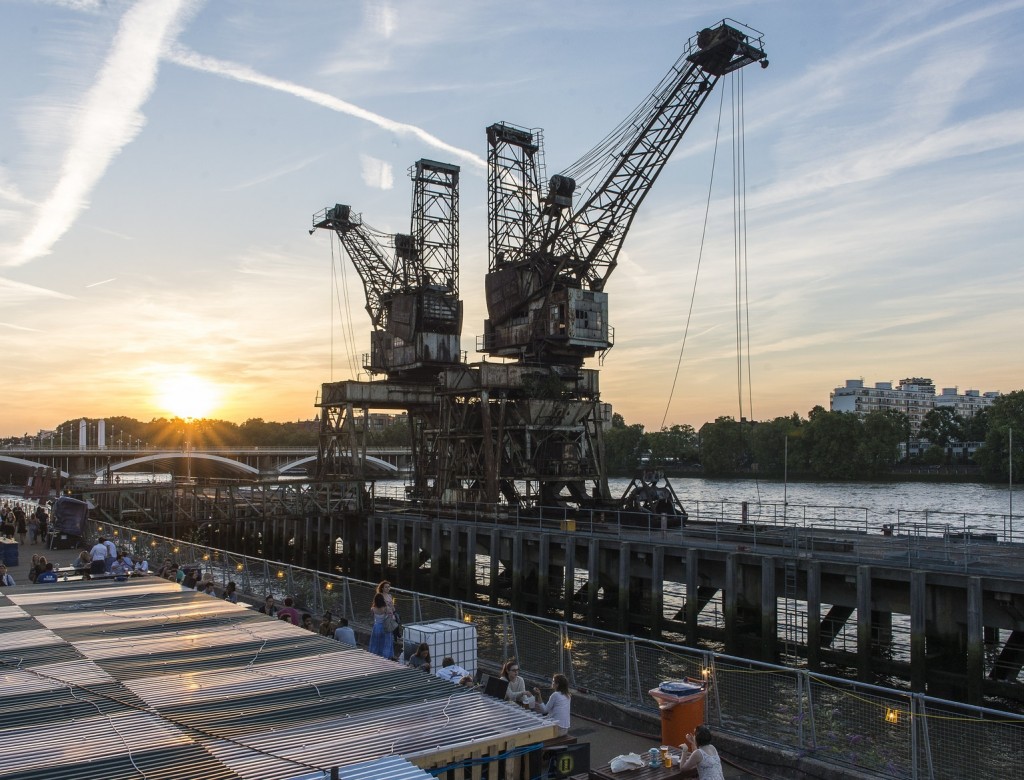 It appears that the guys at Street Feast have done it again. As if it wasn’t enough to have cornered market in the North-East and the South-East, now they’ve set their sights on the South-West street food scene. Open until 31st August, Riverside Feast sits alongside The Power of Summer pop up cinema by Everyman on the river side of Battersea Power Station. It goes without saying that the views are extraordinary. The two dilapidated cranes (above) frame the view of the river and are perfectly parallel to the towering chimneys of the Power Station. The elevated rum bar offers a wonderful vantage point out over the space, as well as gargantuan Pina Coladas, which will freeze both your brain and your ability to make rational decisions. The highlight of our day came at Kushi’s, their oriental take on the scotch egg has to go down as one of our tastes of the summer so far. If your visit happens to fall on a day as scorching as ours did, Aji Ceviche provide the perfect light dish to accompany your frozen beverages. It’s worth mentioning that the entrance is at Chelsea Bridge river walk and is not particularly conspicuous. Don’t try to access the site from Nine Elms, the security guards are getting increasingly bored of giving people directions…or so we’ve heard.