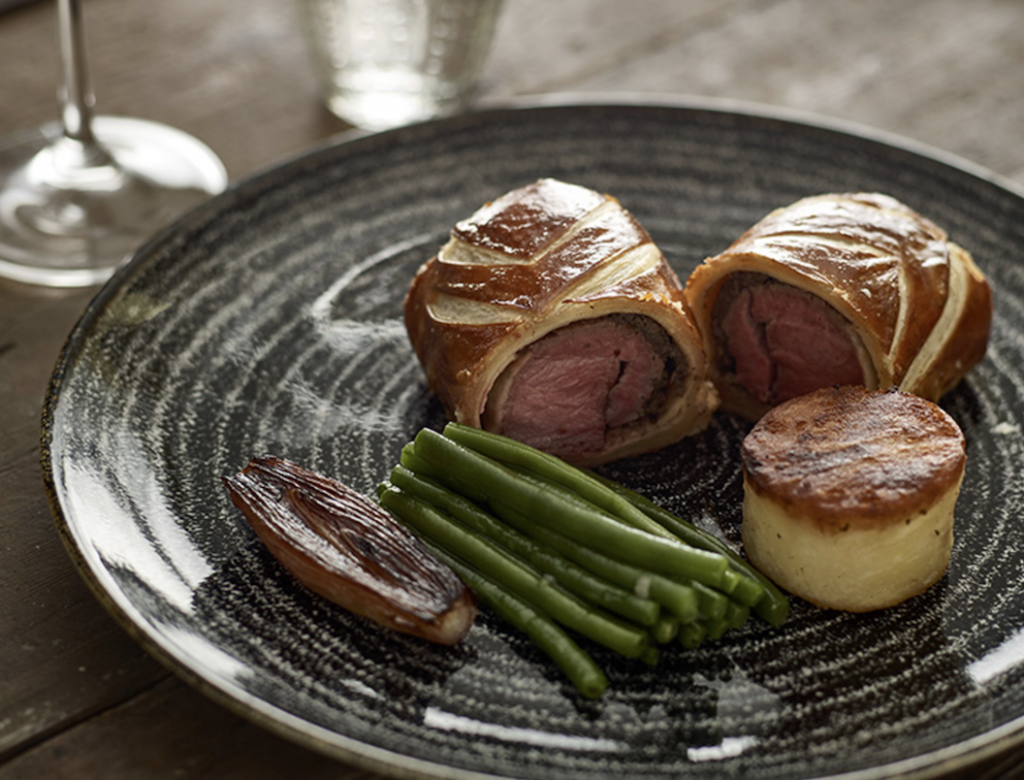 One of London’s oldest and most renowned restaurants, Simpson’s in the Strand is quietly re-jigging itself to keep up with the fast-paced London dining scene. In 2017, it re-opened after a major refurbishment, and it’s just seen a second head chef changeover in as many years with the introduction of The Dorchester and Curtain hotel alum Adrian Martin.

Thankfully, though, they haven’t tried to re-invent the wheel, maintaining its traditional staples the classic aesthetic which harkens back to the building’s nearly 200 year history (a chess board, a reference to when it opened as a chess club and coffee house in 1828, sits in one corner).

Martin’s new bill-of-fare adds a few lighter dishes – like a perfectly dressed Dorset crab with celeriac and melba toast and a bracing combination of ox tongue, ox cheek and horse radish mash, which is full of flavour without being overbearing – without tweaking the big-hitters, like the famous beef rib roast with all its trimmings.
In truth, the old stapes are still king, and when you’re droppings the special occasion grade wads of cash that Simpson’s demands, you’ll be forgiven with playing it safe. I have yet to find somewhere that serves beef as tender as delicious as that which comes nestled inside the Wellington pastry.